Fire in Evia – Marmari is also being evacuated – Ships on standby 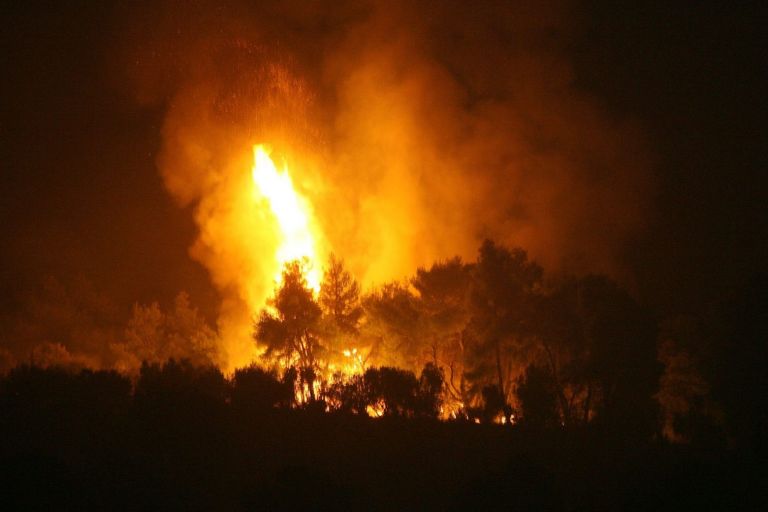 According to the Fire Brigade, 46 firefighters are currently operating at the scene with 20 vehicles, 1 group of fire fighters on foot, while 3 aircraft and 2 helicopters are assisting from the air to extinguish the fire.

The planes face great difficulties due to the winds

Due to the strong winds that are blowing in the area, it is difficult for the planes to fly. Fanis Spanos, Regional Governor of Central Greece, stressed that the situation is very difficult and asked the residents to evacuate in the directions indicated by his message on 112.

“The situation is very difficult. The front is big, the wind is very strong. “The planes have returned, now an effort is being made with the helicopters,” he said, adding that residents must evacuate either south or leave by sea.

The night was very difficult for residents remaining in the area, while there is thick smoke in the area.

The Coast Guard is ready

Aid has reached the point from Aliveri and Chalkida, while volunteers and water carriers of the Municipality of Karystos are also operating.

According to the Ministry of Shipping, a coast guard vessel, a private boat and two passenger ships in Marmari, Evia, are on immediate alert for assistance if required. According to the Fire Department, the fire broke out about an hour and a half after midnight on Sunday.