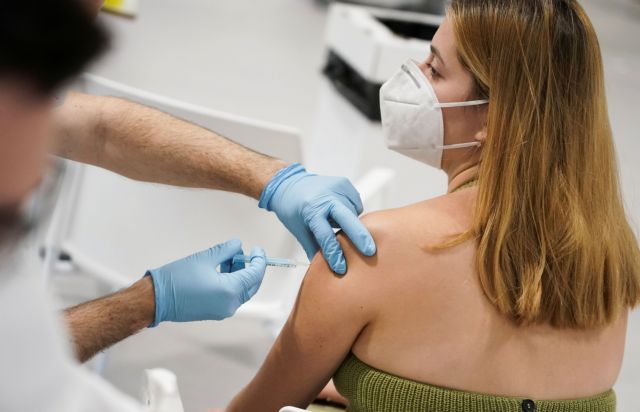 “Our proposal is to vaccinate children in schools. There should be a unit in each school. “Studies for children 12-17 are safe,” said Ms. Pagoni.

The bad epidemiological picture that the country presents is something that the scientists expected, as the president of the Association of Doctors of Athens and Piraeus Hospitals, Matina Pagoni, said.

“We were waiting for that, from the epidemiological studies it seemed that things were difficult, in fact we had talked about up to 8,000 cases. The intubated cases are expected to gradually rise. The death toll is also increasing, while 15-20 days ago we had a single digit number. These are the factors that are evaluated daily,” she stressed.

Regarding the National Health System, the biggest problem is faced in the ICUs in Crete, according to Mrs. Pagoni, where -as she said- there is a large percentage of those who have not been vaccinated. “Crete needs beds and nursing and medical staff. It will be helped by other areas,” he said.

“There is a 50-70% increase in transmissibility. It is more aggressive and targets young people. It is a difficult mutation. The goal is to build the wall of immunity in September. If we open schools – universities without vaccination we will have a problem. We want a percentage of 80% of people vaccinated, ” she underscored and referred to the proposal of the experts.

“Our proposal is to vaccinate children in schools. There should be a unit in each school. Studies for children 12-17 show they are safe.”

Regarding the unvaccinated, she said: “Those who are negative are 6-7%. The rest who reach 35% – 37% are people who are worried. We are addressing them and we are trying to convince them scientifically “.

“We see images on islands with people without masks and measures. You don’t need someone telling you to wear a mask, when we have such a contagious mutation. The return [after vacation] must be done carefully, with tests “, she added for the islands, which present a strong epidemiological load and noted the picture on the ships where there is a lack of implementation of the measures.