Vilia – At 400 meters from the houses the flames 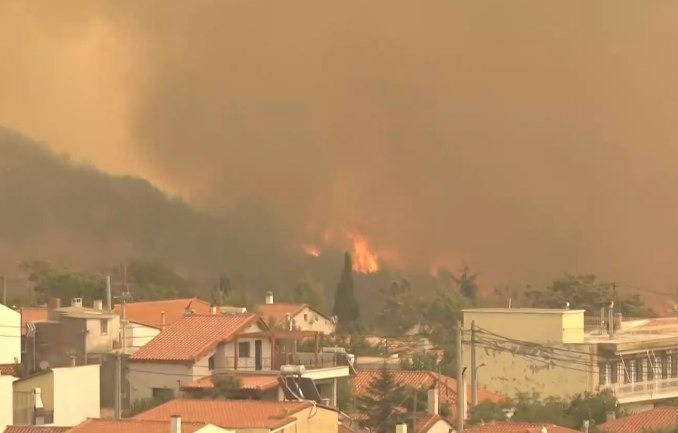 The fire in Vilia remains uncontrolled, while the settlement is threatened by the flames. An evacuation order is expected to be issued from minute to minute

The fire in Vilia remains uncontrolled, while the settlement is threatened by the flames. An evacuation order is expected from minute to minute, although no message has been sent from the emergency number 112, so far. According to channel Star, 4 or 5 helicopters are currently operating at the site, while residents call for reinforcements of the air force.

According to the testimonies of the residents, the winds changed and, as a result, the fire turned towards Vilia, while the village, Paleochori, was the one to worry the firefighters in the morning.

According to a Star report, there are police forces in the square of Vilia, who are waiting for instructions on whether there will be an evacuation order of the settlement. The picture, however, is frightening, with the residents and the Local Government executives, who talk to the media, being anxious about how they will leave if it is decided to evacuate Vilia.

More than 80,000 (maybe 90,000) acres of forest have been burned in Vilia, while the exact size of the destruction will be recorded by a satellite, after the fire is extinguished. It is characteristic that until yesterday the satellite showed about 50,000 acres burned, but yesterday’s resurgence destroyed at least another 30,000 acres, with the fire still burning. The governor of Attica, George Patoulis, speaking to channel MEGA, spoke of a 20-kilometer fire front.