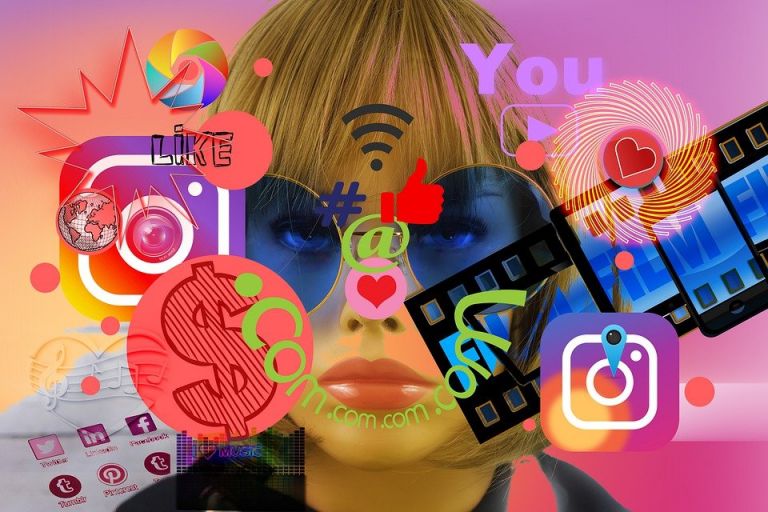 Influencers of all kinds have recently been targeted by the tax authorities, as there is a growing trend of tax evasion.

The Independent Authority for State Revenue (AADE)  has started an investigation, as celebrities promote products and services through social media, but there are indications that they do not declare the income from this activity.
What does a social media influencer gain in Greece, every time he/she promotes a product (clothing, cosmetics, etc.) to their followers? And to what extent does the influencer inform the tax office about his/her income? These are the questions that the auditing services of AADE are called to answer in the near future, as it is found that in Greece, too, the commercial use of social media by celebrities with a large number of followers acquires a considerable size.

In addition to the global stars who earn millions by promoting various products through social media, mainly Instagram, there are a total of about 50 million social influencers worldwide who earn an average of $ 2,970 a month from promoting products through their accounts. according to a related research by HypeAuditor.

A corresponding record has not been made in Greece, but it is now established that dozens of lesser or better known celebrities, mainly with reference to the field of television, promote products and services through their social media accounts and receive rewards, as is customary internationally, in cash or in kind (free products).

An official from the Ministry of Finance states that a mapping of this new sector of economic activity is already underway. The auditors have made a first record of the celebrities who promote products through their social media accounts and, in the first phase, the income they declare has been recorded, in order to determine if and to what extent the provision of advertising services has been done, so that the corresponding taxes are paid. These data will also be compared with the data declared by the companies, products or services which are promoted by the influencers.

According to the same source, the incomes in this category do not differ in any way in terms of their treatment by the tax office from any other income from the provision of services by a self-employed professional / freelancer. In fact, in this case there is an obligation to pay not only taxes, but also insurance contributions.

There are indications that during the period of the pandemic and the lockdown, the economic activities of influencers in Greece grew quite rapidly, as the use of social media increased and, at the same time, e-commerce developed rapidly. There are also indications from the first investigation conducted by the auditors of AADE that the incomes declared by the influencers do not correspond to the scope of their activities and there is probably a considerable amount of tax evasion hidden.

The auditing authorities consider it certain that the references made on social media to specific products are generally not non-profit, but conceal advertising agreements with financial compensation. However, it is not easy to prove in all cases if a post on social media conceals a financial transaction and there is no precedent for controlling and imposing sanctions for tax evasion in such cases.

What does research show?

But auditors have enough tools to uncover hidden income. In cases where there are serious indications of tax evasion, an influencer may become the target of a special tax audit, where auditors will  scrutinize data from many sources for changes in assets, deposits, etc., to determine if there is income that has not been declared. In any case, the rule is simple, as stated by a competent official: “Income must be declared and taxed like other professionals.”

Data from the HypeAuditor Influencer Income Survey, which tracked the global economic activity of influencers, revealed that their incomes have increased significantly during the pandemic and there are now a large number of people supplementing their income through social media. media, but also many who have enough followers to make a living from social media.

On average, as mentioned above, influencers earn $ 2,970 a month, while “smaller fry” (with 1,000 – 10,000 followers on Instagram) make $ 1,420 and the “big fish” (with over 1 million followers) earn $ 15,536 USD per month. Only 4% of those who responded to the survey make a living from this activity, but 26% say they hope that in the future social media will become their main source of income. Most of the revenue (40%) comes from brand promotion, either third-party companies or products created by the influencers themselves. In their partnerships with companies, influencers state that they receive free products and cash.

But how will the Tax Office proceed?

According to the financial service, however, payment in kind is also considered income and must be declared in full. In fact, legally and financially, the provision of advertising services is a business activity. It requires either the submission of a declaration of commencement of work to the Tax Office or the remuneration with the so-called title deed. Finally, the declaration of income is required to the competent financial service at the specified time period of the financial year.

This in-kind trick has been used for years by advertising companies and advertisers as it went unnoticed. Research in the USA revealed that the number of undeclared income of online advertisers has reached 2 trillion in the last 5 years. In other words, this ideal world that appears on social media is just a well-established business where it operates outside the law. The data seems to be changing in this area, as financial officers seem to be preparing stricter conditions for advertising on social networks.