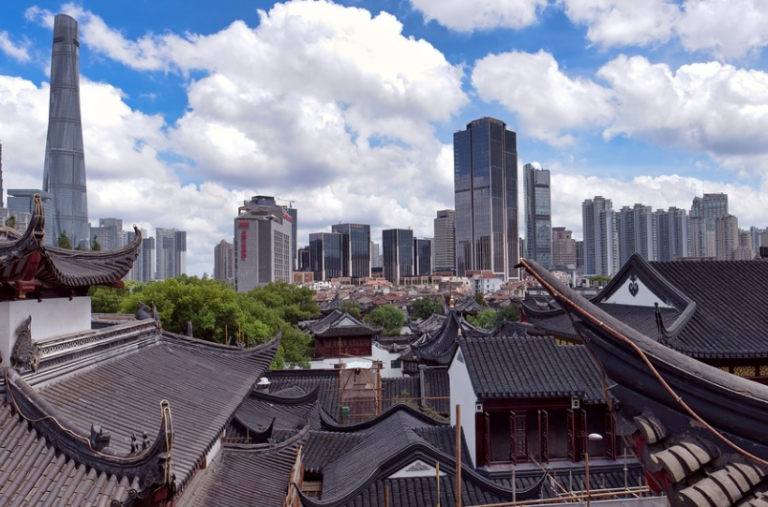 Six years in the earth’s vast “factory”, China, Apostolis Zaoutsos has recently been in the smallest of the cities in which he has worked: Guilin. There, in the northeast of the Guangxi Zhuang Autonomous Region, in a “spotless tourist attraction” city, the center of which is surrounded by two rivers and four lakes, Mr. Zautsos oversees a gigantic project to create an entertainment complex for the country’s domestic tourism.

“It’s the new trend in China, a trend that will take over the rest of the world in the coming years as a whole. I am in a position to oversee a $ 200 million construction project that will ‘give birth’ to a robotic Jurassic Park,” Mr. Zaoutsos told the radio station “Praktorio 104.9FM”, describing the new living conditions of part of the population of the vast country as highly advanced.

“China has a ‘middle class’ that is about 30% of the total population. We are talking about 500 million people who stand out for their level of education and living conditions. Great comfort of life, two or three cars per family, expensive sports models (some of them), at least three trips a year, quality restaurants, quality of life. This also creates a need for a high level of domestic tourism. For this purpose we are preparing this Robotic Dinosaur Park and other parks will be built in the country. It’s all on another level here in the entertainment industry. Always with a ticket, but requirements for quality everywhere,” explains the Greek with the know-how in the robotic technology of theme parks.

Greece, in top three countries admired by the Chinese

Does the financial “giant” know many things about Greece? “Not only do they know Greece but it is one of the three to four countries that they have in absolute esteem and in fact over time. They have a dream – everyone I have hung out with in recent years – to come to Greece. The image of Santorini, for example, is … everywhere! Together with Italy and Egypt we are the three countries they place highly. They deeply respect countries that have a history that is lost in time like their own. In fact, it is unbelievable how much the Chinese know about Greece,” says Mr. Zaoutsos, talking about “a country that has its door open to foreigners “.

“In the other provinces where I have lived but also here, people of many nationalities live and work. We will even find familiar images. My friend, an American, says that Guilin has more KFC fast food restaurants than in his homeland!”

“Everything from the beginning in relation to the pandemic was fully automated and strict. From the first moment I have, like everyone, a mobile application in which I have to be “green”. If, for example, a case is confirmed in a shopping center that I visited, the green changes and I have to follow other rules. We did not have any measures for a long time, now with the Delta variant some cases have appeared that are treated very strictly. One can only imagine that in a province of 60 million, they re-imposed lockdowns for a few weeks because 12 cases had been confirmed. “This is how they “tamed” the pandemic”, explains Mr. Zaoutsos.

But what is life like beyond work for a “foreigner” for the last six years in the country in general and in the region in particular?

“Superiority. The organization, the diligence, the natural beauty not only in the cities but also in the surroundings, impress. In the area where I live at the moment, in the wider natural space it is like facing a lot of… Meteora ‘together’! Dozens of times larger area but with the same beauty as Meteora: Dense vegetation, huge high rocks, rivers, lakes and many artificially constructed infrastructures such as gorges with all the technologies of visitor services. There you will pay to have fun but with complete security. Every weekend you can go cycling, climbing, kayaking, hiking with perfect organization while you see pagodas and historic buildings”, explains the Greek resident of the Guangxi Zhuang Autonomous Region. A province located not far from Hong Kong and because of this has always had a large population of westerners living and working in this place.

But what does the Greek expert in robotic theme parks miss from his homeland? “Friends and acquaintances, the beauties and the smell of the country…” replies Mr. Zaoutsos.