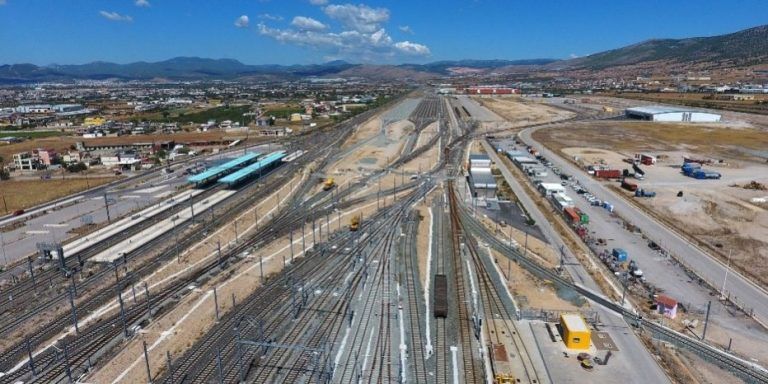 The railway connection of the industrial area of. Magnesia and Nea Anchialos airport is the subject of a study by OSE.

The new railway connections in Magnesia are under the microscope of the Hellenic Railways Organization (OSE) with the aim of reaching the train in the three Industrial Areas (INDUSTRIES), the port of Volos and the airport of Nea Anchialos. The interconnection of the main ports of the country with the railway network is one of the bets of the Ministry of Infrastructure and Transport and the railway bodies, with the aim of making our country a center of freight transport for Southeastern Europe.

The beginning for the upgrade of the freight rail transport in Thessaly was made with the project of the modernization of the old Larissa – Volos railway line  that has been put on track by ERGOSE.

Taking up the baton, OSE launched a tender, with a budget of 2.83 million euros, for the preparation of the necessary studies for the interconnection of the industrial area of Almyros and the airport of Nea Anchialos with the existing railway network. The object of the contract is the updating and completion of the necessary studies of the single railway line from a suitable point inside the Quarry Railway Station and for a length of approximately 34.92 km to the facilities of the SOVEL industry. The planned individual studies include: topographic, transport, hydraulic, geological, geotechnical, environmental, static.

Since part of the project is the drafting of the auction documents, if everything develops according to the schedule provided in the contract, then the tender can be announced within 2023.

It is noted that the net time of preparation of the studies is set at 12 months, while the total time of the project is set at 18 months, including approvals.

The bids for the project are scheduled for September 15, 2021 and the award criterion is the most economically advantageous bid based on the best value for money.

As stressed by the President and CEO of OSE, Mr. Spyros Pateras, at the 4th Conference on Infrastructure and Transport-ITC2021, “The Organization has implemented the plan to connect all railway activities and stakeholders that can operate in combination as a lever for launching the transport commercial project in the country. Specifically that of the connection of the railway with the logistics hubs, the ports, the airports and the northern borders of the country. In this context, the wider development of the railway connections in Magnesia is being studied with the connection of the three industries, the port and the airport of Anchialos “.

The assignment of the project for the electric power, signaling, telecommand, telecommunications and ETCS Level1 to the existing single line of the Larissa – Volos section is being completed, with the upgrade of the railway line from the Railway Station to the Quarry Railway Station. This is the construction of a new single line of normal width, 10.5 km long to replace the old metric line and the construction of a new stop for passenger use in the industrial area.

The project, with a budget of 67 million euros (excluding VAT), will upgrade the connection of the two major cities of Thessaly. According to the specifications, speeds of up to 100 km / h are provided for. The journey along with the required stops is estimated to take about 40 minutes.

The duration of the contract is set at 72 months from the day of signing the contract. The construction period is about 3 years. The goal is to be completed and put into operation by 2024.