Editorial: The other road for the Cyprus problem 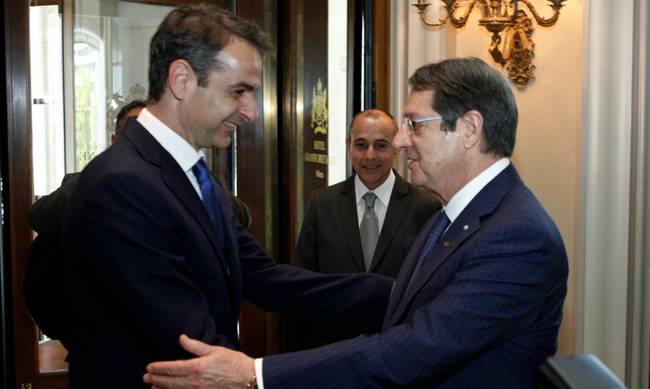 From the Turkish invasion of Cyprus (code named “Attila” after Attila the Hun) in July, 1974, the prospect of a solution of the Cyprus problem seems like a minefield and the re-unification of the island, despite many efforts, appears impossible.

That is because diachronically Ankara has undermined all efforts at mediation to establish a bi-zonal, bi-communal federation in accord with the decisions of the UN.

Essentially, Ankara is defending the military result of the invasion and operates on that basis. Hence, it chose to establish a breakaway state in the northern, occupied part of the island (recognised only by Turkey to this day), and ever since it has worked systematically and in an organised fashion to achieve a two-state solution on Cyprus.

The most recent initiatives of Turkish President Recep Tayyip Erdogan simply bolster that choice. With the select and limited opening of Famagusta (Varosha) he seeks the legitimisation of his plan by the Greek Cypriots, who might possibly succumb to the lure of reclaiming properties in this area and become his interlocutors,  allowing Turkey to annul on the ground UN Security Council resolutions.

The truth be told, Turkey, with the essential toleration of the great powers, is always a step ahead in dealing with the Cyprus problem. In this manner, he retains the initiative in moves on the geopolitical chessboard and by undermining every other effort he confronts the Republic of Cyprus with de facto situations.

The fact is that the Greek Cypriot side at times has wavered and bears its own responsibilities. In various stages, it approved efforts at mediation and solutions which it did not follow through on until the end. With its understandable suspicion of the Turkish side, it did not display the requisite flexibility, nor did it assume the analogous risk.

That is how over time we reached the point of viewing the Cyprus problem as a history of lost opportunities and fertile ground for the perpetuation and bolstering of Turkish demands, with broader consequences for Greek-Turkish relations.

Of course, the Republic of Cyprus has progressed with leaps and bounds over the five decades since the Turkish invasion. Many hoped that the stark difference in the standard of living of the two communities would in and of itself constitute the only opportunity to resolve the problem.

Yet, that clear discrepancy combined with the prospects of the upgrading of the island in the energy sector resulted in the opposite results. Turkey’s leadership viewed Cyprus a base for advancing its demand for a broader role in the southeastern Mediterranean, and there is no indication that it will abandon its dogma of a “blue fatherland”.

That demonstrates that the Greek Cypriot strategy until now has not produced the desired results, and that mandates a strategic revision and change of course. The dogma that Cyprus decides and Greece stands by its side has become a stereotype that is obviously insufficient.

Hellenism must pursue the broadest possible international mobilisation. It must seek greater EU involvement. It must utilise to the greatest possible extent US pressure on Turkey, and of course it must come up with new positions and proposals that can highlight the fact that Ankara’s neo-Ottoman dogma is fruitless and incompatible with the realities of the contemporary world.

We must build a new vision of peaceful co-existence and progress that will transcend the age-old power of weapons and demonstrate the value of taking the other road.