The shameful history of the ‘shipyards of the people’

The Skaramanga Shipyards were constantly loss-making as they lost their international competitiveness because of high costs that were attributable, among other causes, to high, inelastic wage costs. 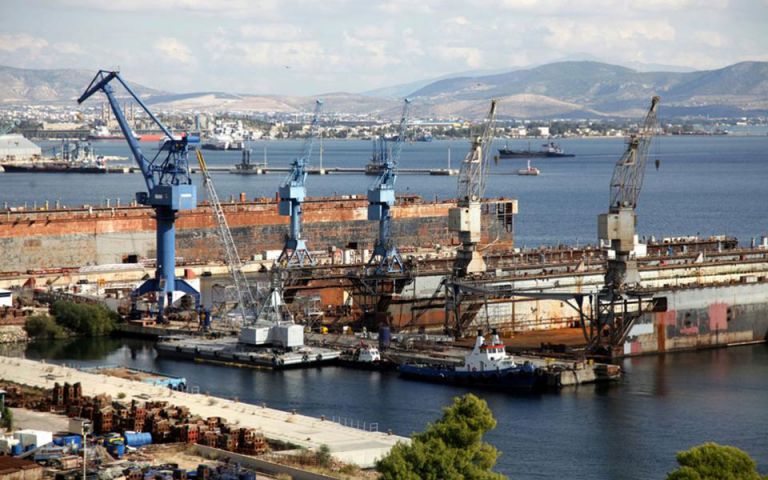 At long last, the double tender for the sale of the Skaramanga Shipyards ended successfully with the unexpected highest bidder Georgios Prokopiou paying a total of 62 million euros.

The buyer is the owner of 120 ships and has huge real estate holdings throughout Greece. It is hoped that just the servicing some of his ships and sound management will allow the shipyards to regain their international competitiveness.

The sale happily puts an end to 36 years of loss-making operation of the shipyards, which are burdened by the shadow of the murder of erstwhile owner Kostis Peratikos by the darling of the Left and top gun of the now defunct November 17 terrorist group, Dimitris Koufodinas, who [after having served 18 years in under Greek law] will be released soon, even though he was given a life sentence.

The Skaramanga Shipyards were created in the 1960’s by shipowner Stavros Niarchos, before they were led to an impasse when the late Andreas Papandreou was prime minister due to repeated strikes declared by a workers’ union with no compunction.

Utterly disgusted, Niarchos in 1985 sold the shipyards to the Greek state for 14 million dollars, and the until then flowering enterprise came under the control of the Triaina union, led by its infamous president Yorgos Kontakis, who used to declare that this is how the people’s shipyards are created.

In fact, they ended up being constantly loss-making as they lost their international competitiveness because of high costs that were attributable, among other causes, to high and inelastic wage costs of its then tenured personnel, despite the repeated changeovers in ownership – which continually burdened Greek taxpayers with hundreds of billions of drachmas at first and later euros, in order to lavishly maintain the shipyard’s tenured workers essentially without working and then underworking, when not in periods of total inertia which was punctuated by high-cost Greek defence ministry orders and a tumultuous history.

Indicatively, it should be noted that the man who was in substance owner of the shipyard, union boss Kontakis, immediately stopped servicing the US Sixth Fleet in order to serve the well-known anti-Americanism of Andreas Papandreou.

The beneficiary of this disastrous decision were the Italian shipyards and the piper was paid by foolish Greeks who applauded the catastrophic behaviours of the then ruling [socialist] Pasok party.

We hope that the new owner who will receive the shipyards without debt or past financial burdens (the return of hundreds of millions to the public sector from illegal state subsidies, unpaid loans, and outstanding fiscal and bank issues).

Moreover, let us hope that today’s workers, who must know something about the trials and tribulations to which the new owner was subjected by his predecessors, will prove to be more prudent and will collaborate in bringing this new effort to fruition.

The new labour law may help to the extent that it can at least avert illegal and abusive strikes.