Blinken: US to call for strong UN response to Varosha opening

The US Secretary of State announced the strong condemnation but also the intention of Washington to react to the Turkish plans for the enclosed area of ​​Varosha. 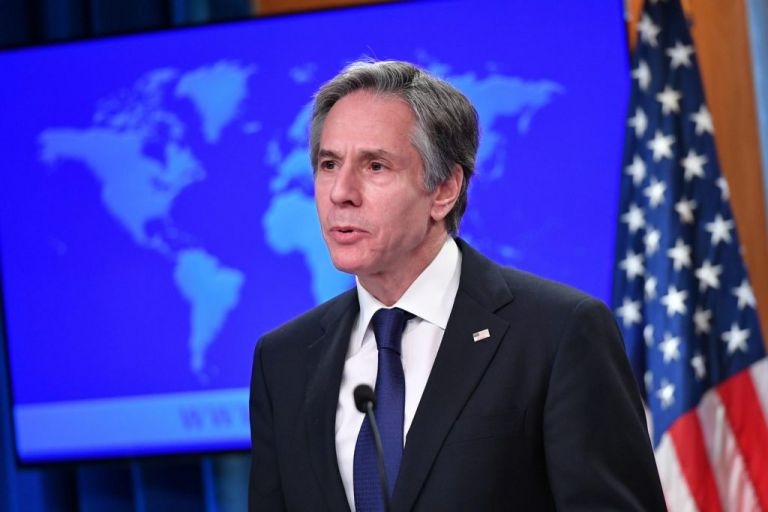 The strong condemnation but also the intention of Washington to react to the Turkish plans for the enclosed area of ​​Varos was announced by the US Secretary of State, Anthony Blinken. The US diplomat assured that the US is currently in contact with like-minded partners in order to refer the matter to the UN Security Council, where they will ask for its strong reaction.

Mr Blinken spoke of an unacceptable decision, expressing unequivocal condemnation of the United States and urging Ankara and the Turkish Cypriot leadership to radically change their policy on the Varosha issue. As he characteristically noted, “the United States considers the Turkish Cypriot actions in Varosha, with the support of Turkey, as provocative, unacceptable, and incompatible with their previous commitments to participate constructively in talks for the settlement (of the Cyprus issue). We urge the Turkish Cypriots and Turkey to reverse their decision announced today and all the measures they have taken since October 2020. ”

Continuing, the US Secretary of State reminded that the Turkish moves are clearly incompatible with UN Security Council Resolutions 550 and 789, which explicitly require the management of Varosha by the United Nations. In this context, he stressed the importance of avoiding provocative unilateral actions that increase tensions on the island.

Mr Blinken says the Turkish Cypriots, backed by Ankara, have systematically ignored calls from the international community and the UN Security Council since October 2020, continuing to insist on unilateral action in Varosha. The intervention of the head of the American diplomacy ends with the formulation of the firm position of the USA on the Cyprus issue, which supports the finding of a solution on the basis of a bi-zonal and bi-communal federation, according to the resolutions of the UN Security Council.

“We underline the importance of avoiding provocative unilateral actions that increase tensions on the island and hinder efforts to resume talks on resolving the Cyprus issue, in accordance with UN Security Council resolutions. “We remain supporters of a comprehensive settlement of the Cyprus problem for the reunification of the island on the basis of a bi-zonal, bi-communal federation, for the benefit of all Cypriots and the wider region,” he said.