German tourists tp the list of travelers, followed by Poland, while there is an increase from Great Britain, France, Italy and Austria 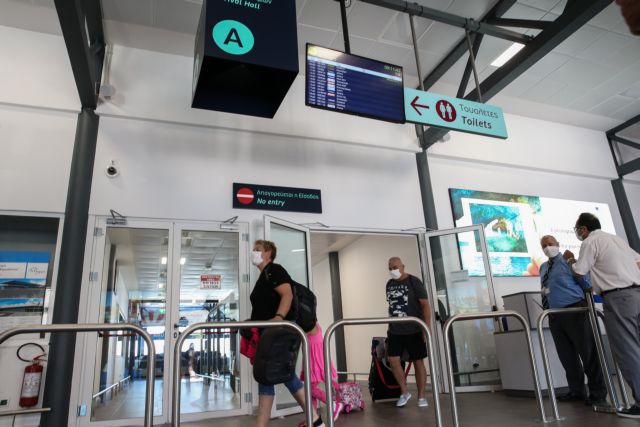 The course of tourism in Corfu is on the rise since the beginning of the tourist season, with over 45 daily flights from Europe, while the occupancy of the five-star and six-star hotels now reaches 60% -70%. At the same time more than 200 cruise ships are expected to reach the port of the island.

As the president of the Corfu CAA Employees’ Association, Dimitris Roussos, stated to APE-MPE, “at the moment there is a stability in arrivals from Europe, with an average reaching and exceeding 45 daily flights, while a steady increase is noted on weekends with flights over two days exceeding 130.

German tourists tp the list of travelers, followed by Poland, while there is an increase from Great Britain, France, Italy and Austria. Arrivals are also registered from the Czech Republic, Belgium, the Netherlands, Spain, Switzerland and Israel, as well as from Slovakia, Hungary, Romania, Serbia, Cyprus, Lithuania, Luxembourg, Russia, Bulgaria, Latvia and Slovenia. It should be noted that there even is a weekly flight from Russia.

“By Friday, we expect to find out whether the decisions of the British Prime Minister motivated British tourists to visit our country without a second thought,” Mr. Roussos told APE-MPE.

At the same time at the “Ioannis Kapodistrias” airport rapid tests are carried out on all passengers arriving on the island, from England and Russia.

The Corfu Port Authority (OLKE), also noted that everything is ready to welcome the tourists who will reach the island by cruiseships. As OLKE CEO Spyros Zervopoulos stated to APE-MPE, “this year, about 200 cruise ships are expected to dock at the port with daily free movements of tourists on the island”.

It should be noted that until now the passengers of the cruise ships that approached the island, did not have the right to free movement and visited only specific tourist spots and museums of the island, traveling via tourist buses.

As for the hotels, according to the president of Corfu Hoteliers, Babi Voulgaris, the five-star and six-star hotels are currently 60% -70% full, while the occupancy is low in 3- and 4-star hotels (30% -40%).

“We are absolutely satisfied with the security measures against the pandemic, which are observed in the hotels that operate on the island, but it is another difficult year in terms of the occupancy of the hotels, at least until now, as everything is fluid and we can not do forecasts,” noted Mr. Voulgaris.

At the same time, the eyes of the tourist market in Corfu are focused on Great Britain with the optimism that there will be a large increase of British tourists on the island, after the recent announcements of Boris Johnson who will soon unfetter the movements of vaccinated British tourists in Greece. , without the obligation of quarantine upon their return.