Mitsotakis, Anastasiades speak by phone in wake of devastating wildfires on the island republic 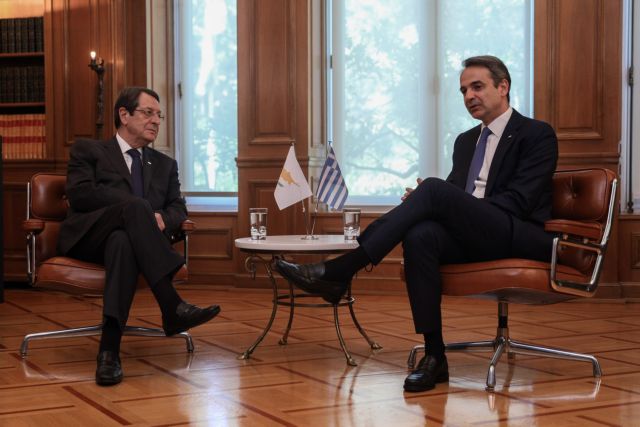 Greek Prime Minister Kyriakos Mitsotakis on Monday morning spoke with the president of the Republic of Cyprus, Nicos Anastasiades, with the latter thanking the former for the immediate dispatch of two Hellenic Air Force Canadair CL-415 fire-fighting planes to the island republic over the past few days.

Mitsotakis also expressed his condolences over the death of four people and his sadness over the destruction. He added that Athens will also be at the sides of Cyprus and will provide all available assistance it can.