Pankin: The pandemic may work in Greece’s favor 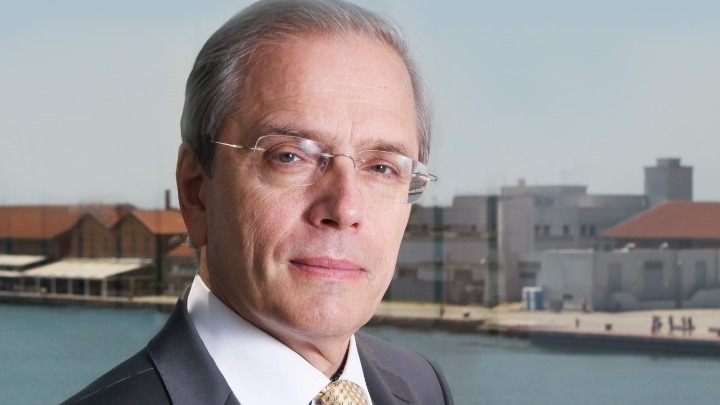 More than ten Greek projects, with a total budget of about 850 million euros, are being considered for financing in the years 2021 and 2022 by the transnational Black Sea Trade and Development Bank, in the sectors such as gas distribution, electricity, infrastructure and the financial sector, according to its chairman, Russian economist Dmitry Pankin.

He added that the Bank has ambitious plans to further increase its portfolio in Greece, which during the difficult year 2020 was the second largest borrower among the 11 shareholder countries of the Black Sea, with a share of 18.4%. Mr Pankin announced that a tender is immediately announced for the purchase of a plot of land in Thessaloniki, where the privately owned building of the facilities of the BSTDB will be built, after waiting 22 years (since these permanent facilities, fulfill a commitment of the Greek government, that had been pending since the establishment of the Bank in 1999).

Mr. Pankin also expressed the assessment that the pandemic may work in favor of Greece: on the one hand, the country’s reputation in international markets has improved, thanks to the way the pandemic crisis was managed. On the other hand, the pandemic may contribute to the attraction, in Greece, of a high level of human talent, as remote work is now a common practice and Greece offers a pleasant living environment.

“I think it is important for Greece that you no longer need to live in Frankfurt, or London to work for a large company. You can do the same job from Halkidiki, where the living environment is more pleasant. “I think many people will prefer to work in Greece and this kind of change in the labor market is favorable for the country,” he said in an interview with news outlet AMNA, adding that developments accelerated due to the pandemic, such as the digitization of the Greek state, will most likely help Greece improve its position in the international “doing business” rankings and attract more foreign direct investment.

In addition, the president of the bank characterizes the investments in “green” energy as a great opportunity for Greece and adds that the Black Sea Bank intends to support the country in the process of transition to the post-lignite era, financing related projects. Other areas in which it estimates that there will be growth are those of software, research, and infrastructure (eg telecommunications and health systems).

According to Mr. Pankin, in 2020 the Bank had in its portfolio approved projects amounting to 106 million euros in Greece, of which 40 million were disbursed for commercial financing to “Ethniki Factors” in order to support its customers during the pandemic, 52.6 million were given to “Prometheus Gas SA”, as security for payments to Russia’s Gazprom, for the supply of natural gas to Greece.

It should be noted that the BSTDB was founded by Albania, Armenia, Azerbaijan, Bulgaria, Georgia, Greece, Moldova, Romania, Russia, Turkey and Ukraine and is based in Thessaloniki.

How fast will the recovery come?

Asked how quickly the Greek economy could recover from the current crisis, he replied: Given that there was a decrease in Greek GDP in 2020 by 8,5%, and that this year we are expecting growth of around 2.8%, to some degree the recovery has gradually begun. For 2022, the forecast is much more optimistic, showing growth around 5%. So the economy is already growing and no further contraction is expected. Our estimates are similar for the other countries in the Black Sea region. The average decline in real GDP in the region in 2020 was 2.4% and despite initial very pessimistic estimates, it proved to be milder than the sharp decline in the aftermath of the financial crisis of 2008. When the “dust” settles, we will be able to to calculate more accurately the possible long-term impact of the restrictive measures taken and we will be able to see the real scale of the problems in the economy and its various sectors. Pending developments in the first four months of 2021, annual growth in the region is estimated to have been positive and the expectation is that as the pandemic subsides, there is a good chance we will see economic and financial activity recover and return to normal within the next 12 months “.

The picture, then, seems to be improving. Does this mean that the risk of negative developments in international economies has been avoided? Mr Pankin said the risk had not been averted. “The problem that arose in the world economy due to the pandemic was addressed with raising money supply. The European Central Bank alone disbursed additional liquidity of 4 trillion. euros, while bonds were bought and liquidity was channeled at zero interest rates. The big question now is what the correction will be. It is very easy to spend money, but at the same time it is inevitable to implement a tighter fiscal and monetary policy, so that we can return to positive interest rates.” He also added that while it is easy to tackle the budget deficit with today’s zero interest rates, when they return to higher levels, there will be severe budget constraints. “So a serious challenge for the European and global economy is to manage interest rates, fight inflation that will inevitably rise – we are already seeing the first signs in real estate prices – and tackle rising public debt and budget deficits.” emphasizes.

As for “red” loans, he estimated that they can increase internationally, when interest rates rise again and fiscal and monetary policy “tightens”, pointing out that in order to deal with this threat, it is necessary to make a very careful risk assessment by the banks, but also risk spread between different partners (eg between banks, insurance companies, and funds). As he said, plenty of liquidity is currently the big challenge for investment and commercial banks: “We see that in an environment of such low interest rates, there is not much discrimination in the cost of borrowing between potentially precarious borrowers and sound companies. So, the big issue for the banks today is good risk assessment, the careful analysis, the proper preparation of the projects for financing and the organization of the financing itself “.

Asked about the role played by International Financial Institutions (IFIs), such as the BSTDB, the EIB and the EBRD, in supporting international economies during the pandemic, Mr Pankin said that although he would be happy to say that their contribution was significant, the reality is a little different: “The IFIs did not play a very important role. The big players were the European Central Bank and the US Federal Reserve, with the former giving 4 trillion euros and the second about 3-3.5 trillion dollars. That is, the central banks of the EU and the US alone – and I do not take into account those of other countries, such as Japan, Russia and China – offered more than 7 trillion, while the IFIs about 200 billion euros. And that makes sense. Central banks were able to print money. The IFIs did not, so they mobilized and used only existing funds “.

However, this does not negate the fact that in many cases, their funding was increased compared to 2019. The financial data of the IFIs for 2020 have not yet been officially announced. However, based on provisional data, the European Investment Bank (EIB) announced that it signed last year 2.4 billion euros for financing in Greece (+ 17.7% compared to 2019), while the investments of the European Bank for Reconstruction and Development (EBRD) in Greece reached 797 million euros (+ 39.6%).

The economies of the Black Sea are more resilient

Overall, Mr Pankin observed that, Black Sea economies have proven resilient during the crisis. While the pressures were significant, they were somehow controlled, as after the shock of the global crisis of 2008-2009, the countries of the region began to create the necessary “dampers”, even if it meant slower growth rates. These dampers have helped countries in the region cope with current use better than they did a decade ago. As a result, economic shrinkage in the region was less strong than in the countries of Central Europe and the Baltic and much lower than in the EU as a whole. “The area has therefore proven to be more resilient and ready for a speedy recovery.”