The tourism industry has been put on alert 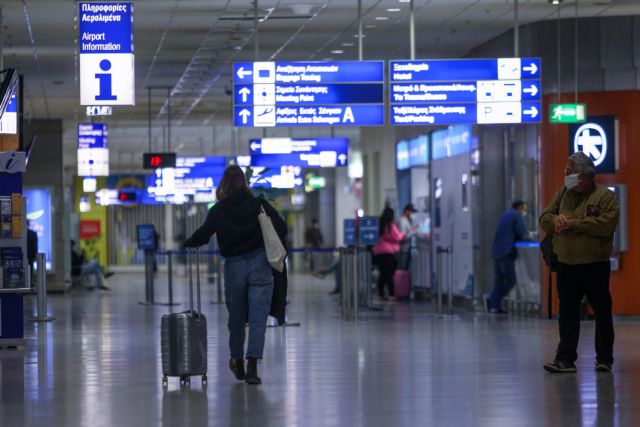 Europe has sounded the alarm for the coronavirus Delta mutation, which appears to have become a summer threat, raising additional concerns among tourism and travel professionals.

Having first hit India and neighboring countries hard, now the new mutation is beginning to spread to Europe.

Recently, it was tracked in Greece, a fact which led the scientists to hold an extraordinary meeting, with the participation of Epidemiology Professor Sotiris Tsiodras.

A series of preventive actions were put on the table to deal with a possible outbreak in the middle of summer.

The Delta Mutation at the Summit

In their conclusions on dealing with Covid-19, the 27 EU leaders at the Summit highlighted the need to continue vaccinations, but also to be vigilant about the emergence of new coronavirus mutations.

“The European Council welcomes the good progress made in vaccination and the overall improvement of the epidemiological situation, while stressing the need to continue vaccination efforts and to monitor developments, in particular the emergence and spread of variants,” the 27 said in a statement.

They also stress that “the agreements reached on the EU digital COVID certificate and the revision of the two Council recommendations on intra-EU travel and unnecessary travel to the EU will facilitate safe cross-border travel. “Member States will implement them in such a way as to ensure a full return to free movement, as soon as the state of public health permits.”

Germany, with the support of France, has directly warned EU member states that accept uncontrolled British citizens and citizens of other third countries where the Delta mutation is detected, that they may impose mandatory quarantine periods on their own citizens on return to their country. That is, the Mediterranean states would have to choose between British or German and French tourists.

The 27 leaders decided to impose travel restrictions on EU countries on two occasions: in the event of an increase in infections and in the event of dangerous COVID-19 mutations, the EU could decide to close the border to incoming travelers from third countries. These decisions, as noted in the text of the conclusions of the COVID-19 Summit, “will facilitate safe movement between EU countries.

What will happen to the British – Anxiety in Greece

For his part, British Prime Minister, Boris Johnson, has hinted that he will “liberalize” travel abroad only for those Britons who are fully vaccinated.

Of course, until then, the “traffic light” system will remain in force, putting in mandatory quarantine those travelers returning from Greece and other European destinations.

It is noted that yesterday Greece did not finally join Britain’s green list, in the last revision announced by the British government.

Given that the list is reviewed every three weeks, this means that July is lost, leaving August as the only summer month possibly “open” for holidays.

All of the above have caused great confusion and concern to tourism professionals, as fears are growing that travel demand will remain stagnant, as it did in 2020.

Greece, in any case, continues to aim for a significant increase in tourist flows (to 45% of the levels of 2019), expecting that bookings will rise sharply in July and especially in August and September. As long, of course, as there is no new outbreak of the coronavirus.