Editorial: Greece in the post-pandemic world 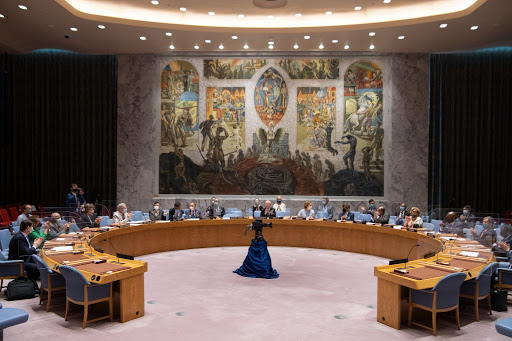 In the current geopolitical milieu and to the extent to which the Western alliance can regroup, Greece will have an opportunity to strengthen and upgrade its position, role, and presence.

The common conviction for the last year-and-a-half has been that the evolving international public health crisis has had a critical impact on world affairs.

The pandemic has led to new ways of viewing things which in turn shifts priorities and imposes major changes in the management of the planet, which includes international cooperation, geopolitics, international trade, the globalised society, healthcare, and new technologies.a

A series of international meetings over the last days – the G7, the NATO summit, and US President Joe Biden’s meetings with the EU leadership, Russian President Vladimir Putin, and Turkish President Recep Tayyip Erdogan (as well as the meeting of Erdogan and Prime Minister Kyriakos Mitsotakis after many months of tensions and near clashes) confirm the conviction that the post-pandemic world is in flux and that we are at the start of broader consultations concerning a new global balance.

The pandemic coincided with the exceptionally important election of Joe Biden, which also had a catalytic impact on world affairs.

By all appearances the US is abandoning the “protectionist” doctrine of Donald Trump and is seeking to transcend the climate of international anarchy that he left behind.

The US is dynamically returning to the world stage in a bid to regain its leadership role in today’s multi-polar world. It is adjusting its positions and seeks to re-organise the Western bloc.

It wants the Europeans as central allies. It wants to counteract Russia and to check a rising and economically competitive China, especially as regards geopolitical influence.

The Americans are most anxious about the multi-pronged economic penetration of China in many regions of the planet, which they believe can enhance the strategic and geopolitical position of Beijing in the world.

Washington in general views Chinese investments in ports, airports, trains, and the technological infrastructure of various important countries as the foundation of broader power and influence.

It believes China is painstakingly “building” its imminent hegemony over the planet. That is a prospect that the erstwhile sole superpower refuses to accept.

That is how analysts internationally explain the current post-pandemic shift of the US and it is in that framework that they view Biden’s talks with Putin and Erdogan.

Biden is gradually getting beyond his anti-Russian outlook and is seeking areas of understanding and communication with Moscow.

He seems to have comprehended Putin’s reaction to Ukraine’s admission to NATO and has made it perfectly clear that he wants to avert a direct geopolitical cooperation between Russia and China.

One sees the same pattern in the effort toward a US-Turkey understanding. Biden wants to keep Turkey in the Western alliance and far from China’s influence.

Hence, Washington is both pressuring and offering, even as it signals that there is not much bargaining room in the new era.

Through this process and amidst shifts on the geopolitical chessboard there will be new conditions in zones of Greek interest – especially the Aegean, Cyprus, the Southeastern Mediterranean, as well Libya, Syria, and the entire Middle East.

In this geopolitical milieu and to the extent to which the Western alliance can regroup, Greece will have an opportunity to strengthen and upgrade its position, role, and presence in the broader region.

To grab the opportunity Athens must bolster its economic, diplomatic, and defence forces in this extraordinary post-pandemic world.

We are lacking in the economy, but we have an opportunity on the diplomatic chessboard.

We must mobilise suitable individuals and mechanisms.

Current conditions are also favourable for strengthening the field of defence capabilities.

We can, but that requires a domestic understanding.