M / Μaritime: Selects the Neorio shipyards for dry docking of its ships 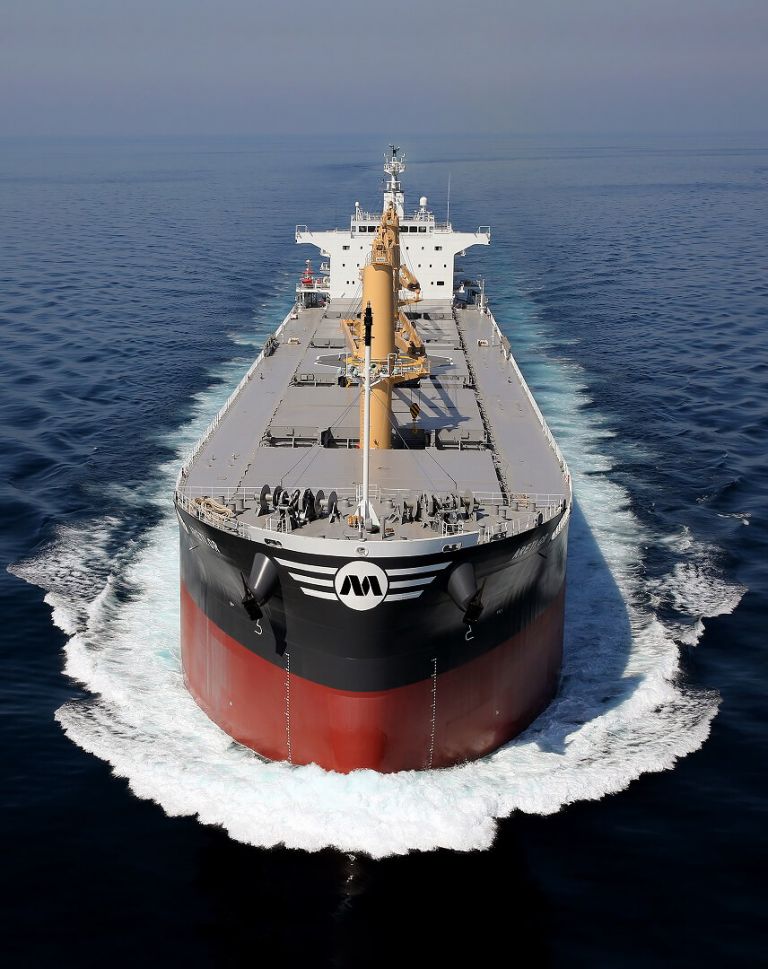 The shipping company has already completed the dry docking of “AVRA.GR”, 34,930 dwt, at the ONEX shipyard in Neorio in the port of Syros

The ONEX shipyard in Neorio, Syros is selected by the Greek shipping company M / Maritime for the first dry dockings of its ships.

M / Μaritime has already completed the dry docking of “AVRA.GR” at the ONEX shipyard in Neorio in the port of Syros. “AVRA.GR” is a 34,930 dwt ship, the first ship built in Japan in 2016 and delivered to the management of M / MARITIME in December of the same year.

From the Hakodate Dock of Namura Shipbuilding Co. and the Sea of ​​Japan, “AVRA.GR” arrived at the shipyard of Neorio in Greece in April 2021 to undergo the first special dry docking. During this five-year voyage at sea, “AVRA.GR” carried 879,550 tons of bulk cargo worldwide, docking at 91 ports with 130 mariners serving as officers and crew.

M / MARITIME, according to a relevant announcement, continues to proudly honor the Greek shipping industry by showing respect for the shipbuilding and maintenance works of the country and trusts the shipyards of ONEX and Neorio in Syros, that have a history of 160 years in ship construction and maintenance. Accuracy and quality are strongly reflected in the work of the people at the Neorio shipyard who together with the people of M / MARITIME on land and on board completed the tanking of “AVRA.GR” smoothly and on time.

The company’s next ship, the “ARMONIA.GR”, a 61,232 dwt ship built at Imabari Shipbuilding is expected to complete its dry docking at Neorio Syros in July 2021. M / MARITIME, the announcement emphasizes, will continue to support Greek shipbuilding industry and intends to complete the dry docking of its ships at ONEX shipyards, also supporting the local business community through additional work in the accommodation areas of the ships. The principles of quality and accuracy, deeply rooted and common between M / MARIITME and the Japanese shipbuilding industry are also shared with ONEX’s Neorion shipyard and we are confident that we can take ship maintenance in Greece one step further through excellent work. and cooperation, the announcement concludes.