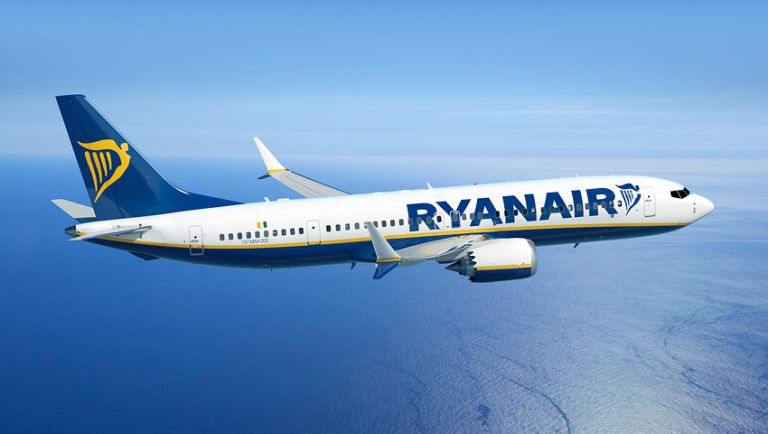 Irish low-cost airline Ryanair and the company that controls Manchester, London Stansted, and East Midlands airports have announced that they will take legal action against the government of Boris Johnson, demanding a change in the color rating system of airline destinations.

The plaintiffs are asking the government to explain with transparency and clarity exactly through what criteria it decides which country will be on the green list, describing it as safe for British travelers to visit in the midst of a pandemic. According to the BBC on Thursday morning, “the initiative of Ryanair and the three airports has the support of other major airlines operating in Britain”.

Government ministers in London say the color rating system of various tourist destinations “carefully monitors the risk of new coronavirus mutations”. It is recalled that the current system classifies the various countries into three categories, green, orange and red, depending on their epidemiological picture and the risk of a foreign visitor becoming infected with Covid-19 and its mutations.

British travelers visiting countries on the green list do not need to be isolated when returning to their country. They just have to do a coronavirus test before leaving the “green” country and one after returning to Britain. Those arriving from the amber list countries must be quarantined and have sequential molecular tests, while those returning from the red list countries have even greater restrictions – they must be quarantined for 10 days at one of the government-leased hotels, for this purpose. In addition, arrivals from “red” countries are permitted by the British Government only for travelers of British or Irish nationality or for permanent residents of Britain.

The lawsuit filed by Ryanair and Manchester Airports Group is attributed to the airline and the airport group’s frustration with Portugal’s exclusion from the green list a few weeks after its inclusion in mid-May. In addition, “the tourism industry believes that the Balearic Islands and the Greek islands should have been included in the green list last month, based on the analysis of the health situation prevailing there,” the BBC typically states.

Regardless of the legal action taken by Ryanair and the airports, the heads of Jet2 Airlines and the travel agency EasyJet Holidays (a subsidiary of EasyJet Airlines) told the British Information Network that “they do not understand why tourist destinations with low epidemiological from the green list during the last revision of the evaluations “. The two managers ask the British government why it made its decisions.

Meanwhile, Raynair CEO Michael O’Leary asked Prime Minister Boris Johnson to explain the scientific basis on which the countries’ epidemiological assessment system is based. The flamboyant Irish manager said that: “‘The whole thing is a shambles and it is typical of Boris Johnson’s Government just making this stuff up as they go along.”.

According to the BBC, on Thursday, other signatures of executives from the wider tourism industry will be added to those that ask the Johnson government to give answers to the questions as soon as possible, as a critical summer tourism season begins. Responding to the Portuguese question, the British government said it had moved it from the green to the amber list following outbreaks of the “Nepal mutation”, a variant of the coronavirus delta mutation first detected in India.

They are afraid of mutations

There are concerns that existing vaccines do not respond to this mutation, the government says. Meanwhile, British tour operators and airlines have been quick to repatriate travelers who have already spent their holidays in Portugal in the last days before the country was removed from the green list in early June.

Such practices affect the credibility of the British tourism industry, say the country’s agents and airlines. “We recognize that there will be a difficult period for the industry as we will have to ensure the opening of international travel routes but at the same time to protect public health and prevent a new outbreak of the pandemic, “said a spokesman for the British government on Wednesday night.

The government spokesman declined to comment on Ryanair and the airports’ legal action, but said “the Johnson administration has disbursed 7 billion pounds (8.17 billion euros) to support the tourism industry during the pandemic.”