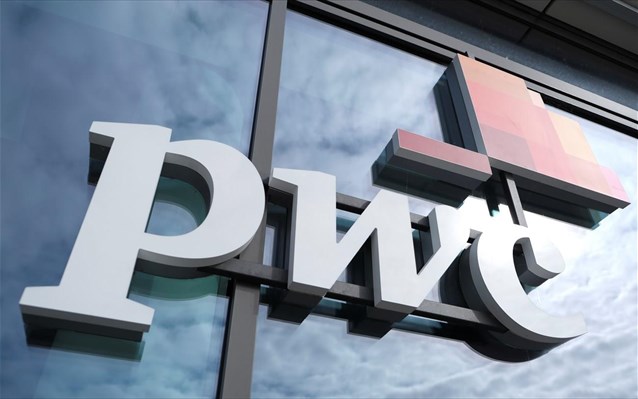 Focus on extroversion through the adoption of a development agenda, focusing on productivity, technological investment (54%) and upgrading the skills of human resources (36%)

Greek CEOs are also optimistic about the recovery of the economies, according to the results of the 24th Annual Report of CEO of PwC, Specifically, one year after the onset of the pandemic, 75% of Greek CEOs, in harmony with global CEOs, express their optimism recording a large increase compared to last year’s pessimistic outlook where the corresponding index reached only 23%.

This optimism of Greek CEOs extends to the performance of their company, as 39% say that in the next 12 months the prospects of their organizations for revenue growth is great, while respectively over a three-year period this percentage reaches 55 %.

According to Mario Psaltis, CEO, PwC Greece: “One year after the outbreak of the pandemic, there is optimism for economic recovery. However, the pandemic has revealed weaknesses in business models and brought new challenges to business. “Despite the recovery of Greek CEO confidence, there is concern about how fragile the economic recovery will be and uncertainty about geopolitical developments.”

What they focus on

According to the study, Greek CEOs focus on extroversion through the adoption of a development agenda, focusing on productivity, technological investment (54%) and upgrading the skills of human resources (36%). After the “wave” of technology acceleration during COVID-19 for most Greek companies, the biggest investment priority is digital transformation. In addition, investing in employees reflects the growing awareness of the critical role that human resources play in the successful completion of business transformation.

Konstantinos Takos, Director, People & Change Consulting Leader, PwC Greece comments: “CEOs in Greece seek the rapid growth of their businesses and the pursuit of productivity benefits. However, it is becoming increasingly difficult to reach people with the right skills. Their approach to date is based mainly on the traditional part played by wages, incentives, and benefits, with an increased emphasis on culture and attitudes in the workplace. Unfortunately, creating future leaders and ensuring the diversity of individuals and skills is not high on their agenda – unlike in other countries – an area that will clearly emerge in the future as a key lever to ensure the speed of their organizations’ transformation.”

In terms of threats to business growth prospects, as expected, and following the global trend, pandemic evolution and health crises are at the top of the list of CEOs (70%), followed by the uncertain economic environment (54%) while cyber security is in third place (52%)

Marios Psaltis continues: “Cyber ​​security threats and climate change and the ESG agenda in general have not been assessed as immediate priorities. However, they are issues that need immediate attention, as companies will face increasing demand for actions related to these issues by investors, funding providers and other stakeholders.

In the context of a very positive climate for global economic growth, Greek CEOs believe that the country’s recovery plan will effectively balance short-term economic needs by contributing to a “green” recovery in the long run. In terms of tax burden, the concerns of Greek CEOs continue to decline, but they believe that the efficiency of the tax system should be the first priority for the government.

Kyriakos Andreou, Advisory Leader, PwC Greece reports: “The positive outlook and optimism reflected in the research are enhanced by Greece’s ability to absorb funds from the EU National Recovery and Sustainability Plan by encouraging investment around two key pillars, green growth and digital transformation, both for the public and private sectors. ”

George Kollidas, Partner, Technology Leader, PwC Greece comments: “As we see from the study, 45% of Greeks rank cyberattacks as the fourth most important threat that can affect their business. The main reason is the fact that several companies, during the pandemic, were faced with the consequences of a cyber attack and had to reconsider and redefine their strategy in this area. It is positive that more than half of Greek CEOs (53%) have already included in their strategy actions aimed at strengthening cybersecurity. “In this regard, they need to take into account the new ‘digital environment’ that is emerging and the development of appropriate infrastructure for remote work, for the digitization of various functions – such as communication channels, services, transactions and so on which pose cyber security risks.”

As the study showed globally, climate change is still not high on the agenda of Greek CEOs. While last year 40% of respondents in Greece rated climate change as a concern, this year this percentage has increased by only 3%. However, only 28% of them have included climate change actions in their strategic risk management activities.

Dimitris Sakipis, ESG Leader, PwC Greece states: “Developing strategies in the areas of climate change and ESG are now a priority and a major challenge for businesses worldwide. Greek CEOs seem to have recognized the importance of climate change. However, what is impressive, based on the results of the study, is that only 16% of them expect to invest a double-digit amount in sustainability and ESG initiatives in the next three years. It is important for businesses to adapt or redesign their strategy by focusing on the ESG. “