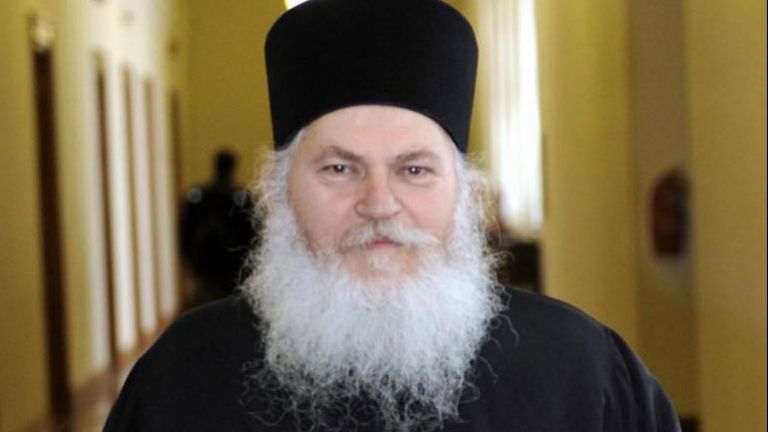 The famed Abbott Ephraim of the Mount Athos Monastery has fallen into critical condition in his 11th day as a COVID-19 patient in Athens’ Evangelismos Hospital.

His treatment has reportedly been complicated by pre-existing diabetes and a cardiac ailment.
He has been intubated for days and attending physicians say that he is nor responding to medicines being administered and has been running a consistent high fever of 39-40 degrees Celsius.

He fell into septic shock this afternoon.

Ephraim, a Greek-Cypriot,  gained nationwide coverage during a case that began in 2008 where he was accused of an illegal real estate exchange with the state and was finally acquitted after years of litigation

He is credited with reviving the historic Vatopedi Monastery, one of the wealthiest of Mount Athos, which had been left decrepit with literally a handful of very elderly monks. He maintains a cordial relationship with Prince Charles, whose grandmother was an Orthodox nun and he has repeatedly visited the monastery.

The Vatopedi brotherhood is being briefed by doctors and the Civil Governor of Mount Athos Athanasios Martinos has been at the Abbot’s side during his hospitalisation.

Mount Athos is Greek sovereign territory but it is autonomous and self-governed.

Mount Athos is under the spiritual authority of the Ecumenical Patriarchate and Ecumenical Vartholomeos personally communicating with the brotherhood.

Archbishop Elpidophoros of America, a close confidant of Vartholomeos, also communicated with the brotherhood during its Assembly and attempted to encourage them noting that they are in his prayers.

Thanking him, the monks expressed hopes that there leader would return healthy.