Biden has clearly displayed Washington’s consternation over a variety of issues – including Ankara’s procurement of Russian S-400 missiles – in the strongest possible terms. 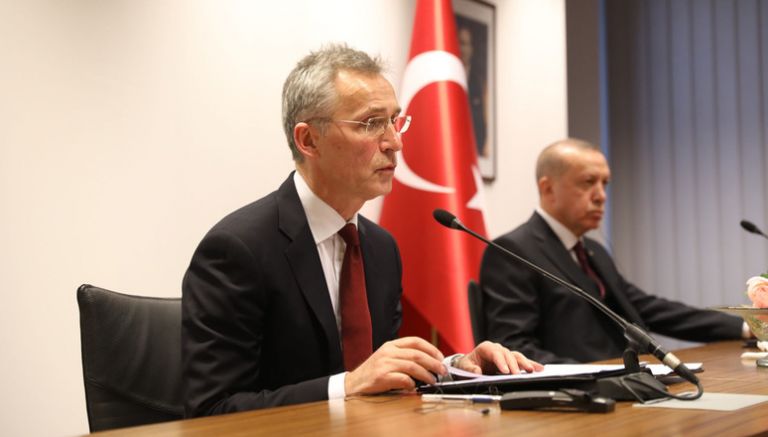 Turkish President Recep Tayyip Erdogan declared at a meeting of his AK Parti that he is not about to back down from Turkey’s unswerving positions on the Southeastern Mediterranean or other issues in his crucial talks with US President Joe Biden on the sidelines of the 14 June NATO Summit.

US Secretary of State Anthony Blinken had already made clear that Turkey’s geopolitical moves in the Southeastern Mediterranean will be high on the agenda of bilateral talks.

“At the NATO Summit we shall review with our counterparts the items on our agenda. There will be no backing off,” Erdogan declared.

Yet, the Turkish leader’s grandstanding before a party audience is a far cry from the climate that one might expect in the Biden-Erdogan talks.

With his poll ratings plunging, with looming corruption scandals, with the Turkish economy imploding, and with an international backlash against his regional geopolitical forays and his completely authoritarian rule at home, most analysts believe the Turkish leader is at the most perilous point in his nearly 20-year rule and is hardly in a position to decisively influence the rules of the game.

Biden has clearly displayed Washington’s consternation over a variety of issues – including Ankara’s procurement of Russian S-400 missiles – in the strongest possible terms.

Indicative of the big chill is the fact that it took three months for the newly installed US president to call Erdogan, and then only to give him the dread news – a veritable diplomatic bombshell – that he was to recognise the genocide of the Armenians conducted by the Turks, which had been taboo for decades.

Still, Turkey maintains the second largest army in NATO and remains a critical, regional US ally and undoubtedly the difficult path toward a modus vivendi is pressing for both sides, even if Erdogan is more vulnerable than ever, and that will require a give-and-take.

Erdogan declared that Ankara expects its NATO allies “to show respect for our country’s sovereign rights”. “We will express our decisiveness on these issues. With multiple interventions, from the Eastern Mediterranean to Libya, Turkey gave the most effective answer to efforts to limit it to its coasts.”