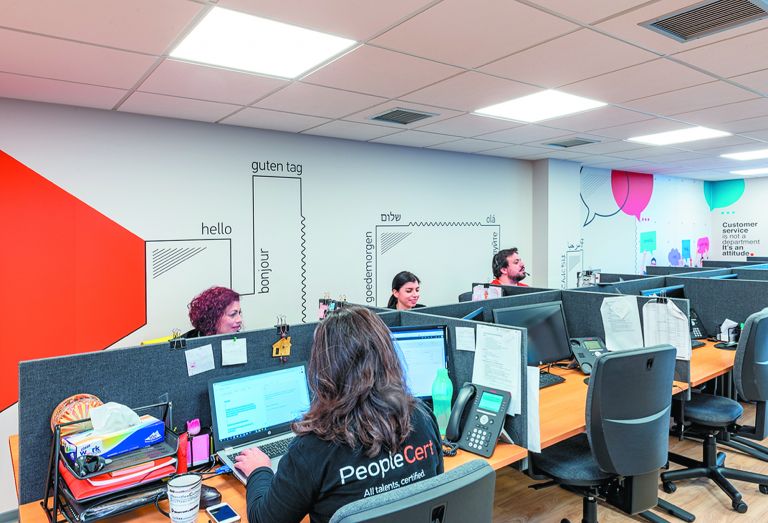 One of the largest certification companies in the world, PeopleCert, which certifies people for skills in management, auditing, IT and language learning, with a presence in 220 countries, although just 21 years old, is Greek. It employs a total of 520 people, of which 420 in Greece – the indirect number of employees reaches 10,000 through the organization of examinations and the staffing of examination centers -, has 12 subsidiaries and this year its revenue is estimated in excess 100 million euros .

“Certification for a certain skill is a passport to find employment, to immigrate, to be employed by the State, to get a promotion, etc.” “The founder and sole shareholder of PeopleCert, Mr. Byron Nikolaidis, states in” Vima tis Kyriakis “and adds: 700 certificates.”

Until 2012, when the country entered the hard core of the financial crisis, PeopleCert had revenues exclusively from Greece. “Then we had the following dilemma,” says Mr. Nikolaidis: “Do we shrink our operating costs and our work to cope or do we choose extroversion? We chose the second and we were right. In recent years we have been running at a  40% rate of revenue growth. Even during the pandemic we had a slight decline in our turnover but our profits increased by 5%. Now 97% of our income comes from certifications abroad. All our expansion was done with own funds. The company has almost zero debt.”

But to what does he attribute this development? “To the ability and in the minds of the Greeks employed in the company, of which 97% are university graduates. Their professionalism and reliability is what promoted us abroad.”

Today the PeopleCert group controls about 50% of the US market for ITIL certification. It also has an exclusive collaboration with the English firm AXELOS and has undertaken the examinations of the British State. At the same time, it has acquired the rights of the City & Guilds English language proficiency certification (ESOL).

“The lazy Greek is a myth”

The professional activity of Mr. Vyronas Nikolaidis is of particular interest. In 1987 he joined Merrill Lynch where he remained until 1991. From 1991 to 1993 he was a shareholder in two ships but, as he states, it was an occupation that did not fulfill him. Then he saw an ad for the development of the franchise network of the American Futurekids in Greece. He got the job and successfully developed the network that aimed to educate students in computer software. Thus began the certifications. However, because the trainer cannot be the one who certifies at the same time, he decided to deal exclusively with the certification and to establish PeopleCert with the permission of the Irish ESDL.

We asked Mr. Nikolaidis from his experience to tell us how he rates Greeks in relation to other peoples through the certification process. “Greeks are the best of all. If they are in the right environment, they do great things. They also work harder than everyone else. The lazy Greek is a myth “.