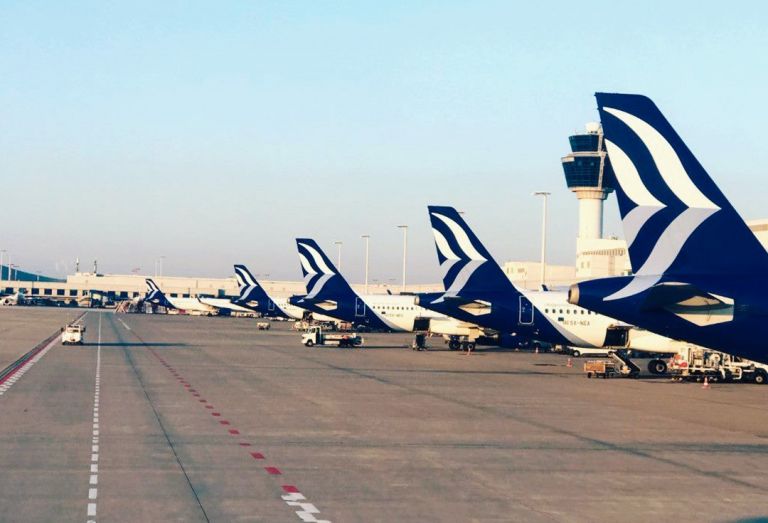 This year’s tourist season is better than 2020. Last minute bookings are the biggest trend in air travel. The climate for city-break tourism is slowly changing. Germany, France, Britain send the most positive signs.

Last minute bookings, the cool-headed application of the “lessons” of 2020 and the adaptability to the new conditions, are key success factors for this year’s tourist season. The consequences of the pandemic grounded, for the past year, not just aircraft but also travelers, changing international travel habits, with security at the heart of every choice. At the same time, the competition for a smaller tourist pie is becoming more intense.

In this demanding environment, Greek Tourism Organization EOT and Aegean joined forces in the “Sunshine Discount” campaign, which is focused on ten target markets, in which Greece wants to increase its momentum: United Kingdom, Germany, France, Switzerland, Belgium, Austria, Poland, Sweden, Denmark, and the Netherlands. It focuses mainly on those who have already shown interest in visiting Greece, in order to translate this into real bookings. Greece is already among the top three most attractive destinations.

“We want to build the recovery on this season”, the director of corporate affairs of Aegean, Mrs. Marina Spyridaki pointed out yesterday, during the presentation of the advertising campaign, which is based on the triptych “Sun-Sea-Carefree”. Success will be judged on who wins the last-minute booking bet, on improving the attractiveness of city-break destinations such as Athens, which has been one of the winners of recent years, and on the country’s strategic promotion plan for the whole year.

Τhe summer of 2021 is a marathon and not a sprint

The first two weeks of promotion, although in a closed period for tourism, have already brought positive messages, with our traditional markets being more active, namely Germany, Britain and France, but it seems that the other countries are slowly “waking up”. In fact, the first signs of a good booking rate can be seen.

Our country for 2021 is investing not only in the European market but also in the USA, from which it sees a strong interest for trips to Greece. American airlines already gave a vote of confidence to Greece, restoring direct flights.

A milestone, however, that will show the real trend in bookings is May 15, 2021, a day when tourism officially opens, without of course expectations for rates to pick up until the end of June onwards.

As the general secretary of EOT, Mr. Dimitris Fraggakis, said during the presentation of the advertising campaign, this year 22 million euros will be spent for the promotion of the country. “I believe that this summer will be better for Greek tourism. Last year we managed to save 20% of the country’s tourism revenue and built an important legacy. I believe that if we double the income this year, we will have done extremely well “, he noted characteristically, emphasizing that this summer is another marathon, not a sprint. In any case, as he pointed out, ups and downs are expected this year as well, and all stakeholders are prepared to adapt.

Aegean’s strategy for this summer

Safety and new international trends have guided Aegean’s design for this summer to meet passengers’ preference for leisure travel and destinations without intermediate stops.

So, this summer, it created three new bases in Mykonos, Santorini, and Corfu, and will fly from a total of 7 regional bases, to a total of 65 popular international routes with regular flights. At the same time, it is increasing the number of international itineraries served directly by the region to over 100. At the same time, it offers incentives to Greeks, in order to prefer flights for their own travels.

As expected, the Aegean flight project will return from mid-July, to 70% -75% of the number in 2019. An important parameter in all this is the course of vaccination, which so far is developing positively. It is considered that the threshold of 50% among adults will be reached in June, in order to provide a safety cushion for the mass opening of tourist arrivals, but also for the residents and employees of the tourist areas.

However, the introduction of the Digital Green Certificate will play an important role in the development of the summer season, but also in the months that will follow, during which a satisfactory flow of arrivals can potentially continue.