Greek authorities’ request for the extradition of Lagos was officially announced in the European Parliament on 11 November, 2020. The reasons for the committee’s five-month delay are unclear. 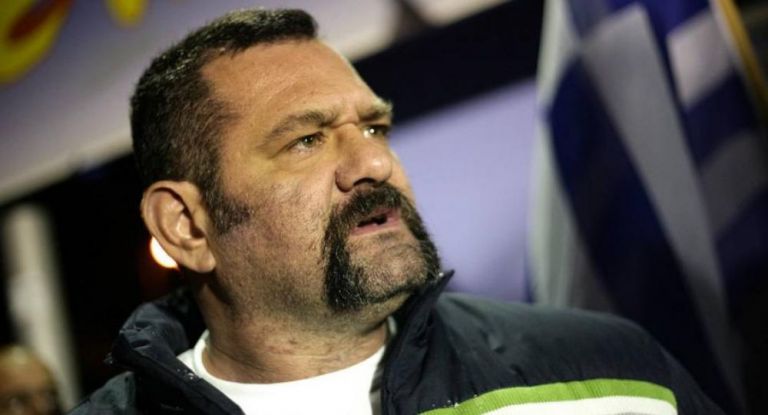 The legal committee of the European Parliament today approved the lifting of the immunity of convicted former far-right Golden Dawn MP Yannis Lagos, who was in charge of the neo-Nazis storm troopers that were responsible for the murder of rapper Pavlos Fyssas and is now serving as an independent MEP.

The neo-Nazi party failed to pass the three percent threshold to enter Parliament in the July, 2019, general elections and is now defunct.

The committee approved the lifting of Lagos’s immunity by a huge margin – 22 in favour and two against.

In a landmark ruling on 7 October, 2020, Lagos was one of seven MPs who were convicted of comprising the directorate of the party, which was declared a criminal organisation. The other six members of the directοrate are currently serving 13-year jail sentences.

Lagos was sentenced to a jail term of 13 years and eight months but was not arrested and jailed due to his immunity as an MEP.

Golden Dawn’s second in command, Christos Pappas, managed to escape between the appellate court’s ruling and sentencing and is still on the lam five months later.

A plenary session of the European Parliament is scheduled to approve the committee’s decision next week.

On his Europarliament web page Lagos has not uploaded a CV.

He is listed as a member of the Delegation to the EU-Russia Parliamentary Cooperation Committee and his last parliamentary question on his homepage concerns the unfounded claim that “Livestock farmers in Lesbos despair over the slaughter of their animals by armed illegal immigrants”.

The Greek Supreme Court Prosecutor’s request for the extradition of Lagos was officially announced in the European Parliament on 11 November, 2020. The reasons for the committee’s five-month delay in delivering its decision are unclear.

In addition, in 2013 Lagos was convicted of masterminding an attack by about 100 Golden Dawn Storm troopers on 50 motorcycles who with crowbars and poles smashed the “Free Social Space of Ilioupolis” and seriously injured the individual who had rented the space, Panagiotis Drimylis.

European Parliament member Anna-Michel Asimakopoulou welcomed the decision in a tweet today: “The EP Legal Committee today approved the request for the lifting of the immunity of Ioannis Lagos. We expect the same outcome in the plenary session. The road has opened. Democracy will win.”

MEP Dimitris Papadimoulis (SYRIZA) also tweeted on the committee’s decision: “At long last! A plenary session of the European Parliament next week will ratify the lifting of neo-Nazi criminal Lagos’s immunity. It is now the responsibility of Greek authorities to take legal actions to put him in jail. Naturally, they must arrest Golden Dawn’s number two, Christos Pappas, who has disappeared.”