It would be useful in this transitional period to explore the possibility of obtaining vaccines from sources outside of the EU. 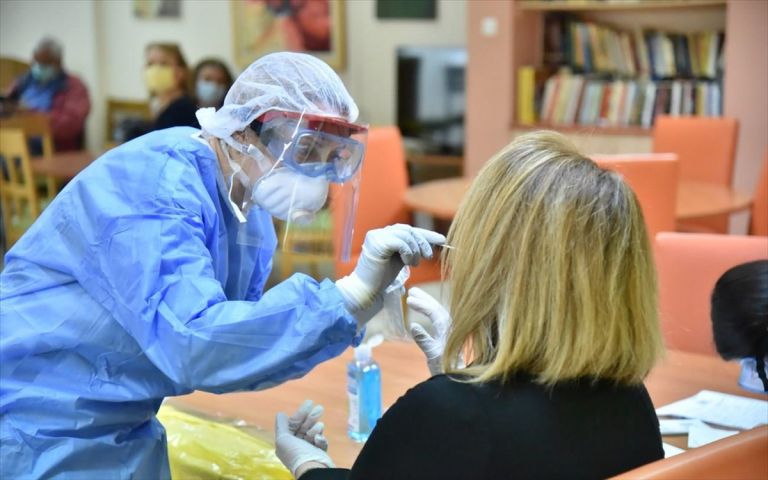 The epidemiological data released by EODY (National Public Health Organisation) confirm that the third wave of the SARS-CoV-2 epidemic is in full swing and by all appearances will reach its peak this month, severely testing the National Health System.

As the prime minister told Parliament on Friday, the epidemic both this month and next will heavily burden society and the economy.

These two difficult months will require caution and vigilance on all sides.

This is all the more true because the government, due to pressing economic and even more pressing social conditions, decided, with an eye to the Easter shopping season, to attempt an initial opening of commercial activity and a partial lifting of restrictions on movement within the various regions of the country.

The government is indeed obliged to strike a difficult and delicate balance as public hospitals will continue to be rocked by the epidemic, sorely testing the endurance of doctors and healthcare workers and dashing hopes for rapid opening up of the economy and society.

For all these reasons many insist that existing public health restrictions should have been extended at least through Orthodox Easter (at the beginning of May), instead of attempting a risky loosening of measures that may well intensify transmission of the virus.

Although the conditions are similar, we are in a better position than during the peak of the second wave last November. Now we have vaccines and massive self-testing is about to begin, fueling a more optimistic view of the future.

As long as we are able to proceed with more and more vaccinations and if rapid tests are distributed on a massive scale and used by citizens one can hope that the third wave of the epidemic may be checked in the next two months.

International and domestic experience – especially that of large businesses that regularly test their personnel – teaches us that large-scale testing allows a timely diagnosis of infections and the immediate isolation of those who test positive, thus stemming transmission of the virus.

Everyone now knows that a huge vaccination rollout ensures immunity and protects the population.

Given all of the above, it is best not to dispute the utility of self-testing and to encourage citizens to avail themselves of the free home-testing programme.

Moreover it would be useful in this transitional period to explore the possibility of obtaining vaccines from sources outside of the EU.

To the extent that the Union’s management of the crisis has proven ineffective, no one can blame the Greek government if it undertakes an initiative to obtain vaccines from third countries.

That is exceptionally clear when one is dealing with allies such as the US and Israel, which are pursuing a strategic partnership with Greece and have a surplus of vaccines. Israel announced that it has a surplus of millions of doses of various vaccines and Dr. Anthony Fauci, America’s top virologist, declared that the US has a large variety of options beyond use of AstraZeneca’s vaccine.

Given the circumstances, a diplomatic push to procure vaccines from third countries would be appropriate.

If successful, it could greatly assist us in transcending the enormous public health crisis more rapidly.