Ankara lashes out after US sanctions on Turkish Defence Industry over Russian S-400s,

Washington imposed the long-anticipated sanctions on Turkey’s top defence procurement and development body, its chairman and three other employees. 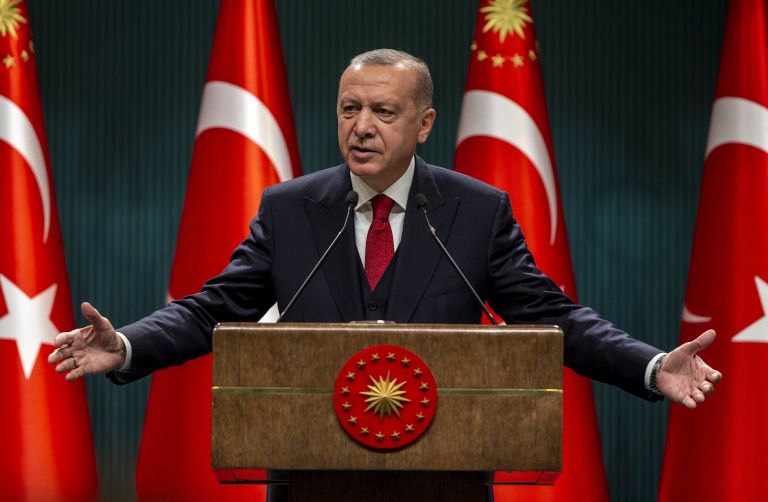 Turkey today condemned U.S. sanctions over its purchase of Russian S-400 missile defences as a “grave mistake” and threatened to retaliate over a move it said would harm ties between the NATO allies.

“We call on the United States to revise the unjust sanctions (and) to turn back from this grave mistake as soon as possible,” it said. “Turkey is ready to tackle the issue through dialogue and diplomacy in a manner worthy of the spirit of alliance.”

The sanctions “will inevitably negatively impact our relations, and (Turkey) will retaliate in a manner and time it sees appropriate,” the ministry added.

– As Turkey’s top body for defence project development and industrial participation, the SSB was responsible for more than 600 projects ranging from jet engine development to ammunition production as of end-2018.

– Ismail Demir was appointed chairman in April 2014, having previously been general manager of Turkish Airlines’ maintenance and repair unit. He spent several years in the United States for graduate and doctoral studies.

– The defence body was established in its original form in 1985 under the umbrella of the Defence Ministry to set and implement policies for defence industry infrastructure.

– It was affiliated with the Turkish presidency under Tayyip Erdogan in December 2017 and renamed the SSB in July 2018, with the goal of developing a modern defence industry and modernising the Turkish Armed Forces.

– The SSB is a shareholder in companies including SSTEK, a holding company for stakes in emerging defence companies, including a jet engine developer and aircraft contractor TUSAS. TUSAS produces fuselage parts for F-35 fighter jets, attack helicopters and drones as well as aircraft components for Boeing and Airbus.

– It is also a shareholder in the airport authority for Istanbul’s second airport Sabiha Gokcen, in defence contractor STM Savunma Teknolojileri and local testing and certification body TRtest.

– The SSB is designated to conclude purchase contracts, to reorganize and integrate the industry, encourage and direct new enterprises and explore the possibilities for foreign capital and technology contributions.

– It also sets procurement schedules and financing models and plans the production of required modern weapons and equipment by the private or public sector, as well as obtaining loans from domestic and overseas sources.