The letter of Olympiacos FC to FIFA 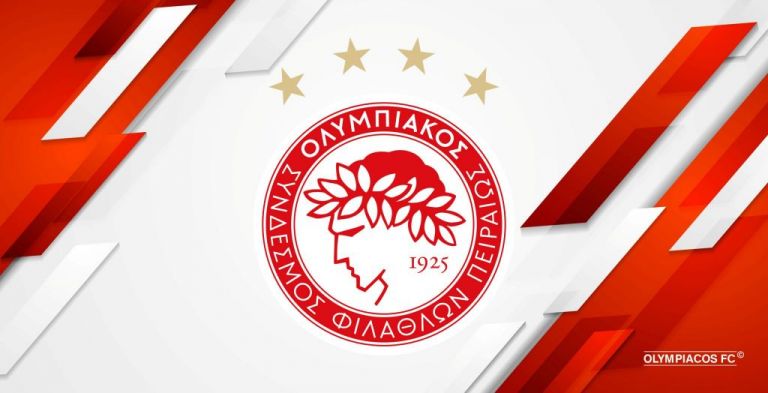 Olympiacos sent a letter to FIFA

Olympiacos sent a letter to FIFA. The letter reads as follows:

Release of Players for CAF African Cup of Nations Qualifiers

Within  the  past  months  and  in  light  of  the  extraordinary  conditions  caused  by  the  Covid-19 pandemic and the previous experience of 2019/2020 football season, serious concern has been raised by ECA and all football stakeholders in connection with the release of Players for association matches for the October and  November international windows.

In light of those international windows as of September 2020, ECA, WLF and FIFPRO have jointly developed a set of principles focused on safeguarding players’ health and safety during the COVID-

19 pandemic, as the basic consideration in this unique time for all organizations is that health and safety of players (and other concerned staff) takes absolute priority and that players and clubs should not be pressured by regulations or other forces to take decisions that jeopardize the health of players or compromise their actual or perceived safety.

Taking into consideration the escalation of the pandemic, the high infection risk due to the player’s extensive travelling and their close contact with staff personnel, players and people from many countries,  as  well  as  the  fact  that  health  protocols  implemented  by  many  –  and  mostly  non- European – Associations, were insufficient or even non – existent, football stakeholders have called upon FIFA to extend the temporary amendments made in September 2020 to cover the October and November  windows  and  to  proceed in  a  series of  actions  to  ensure  that  all  international matches  taking  place  in  those  windows  are  required  to  apply  FIFA’s  Return  to  Football International Match Protocol or an equivalent protocol of the relevant confederation approved by FIFA.

Unfortunately, our October and November international break experience has shown that CAF and its member associations could not efficiently protect our Players health.

Olympiacos is proud of the fact that it holds a large number of Players playing for their national teams but on the same time is highly concerned and damaged by the non-compliance with the FIFA  International Match  Protocols of  certain CAF  members (reports were made  of even four players sharing one hotel room in some occasions) thus resulting to our Players getting infected by Covid-19 and our Club been deprived from their services during crucial championship and UCL matches.

During the October release window one of our key Players (Mady Camara) returned to the Club positive to Covid-19 after joining the Guinea National Team for friendly (!) matches, and as a result he missed several Greek championship matches as well as the two first Olympiacos’ fixtures of the 2019/2020 UCL Group Stage.

Now following the November international release window, two more Olympiacos Players (so far) have  been  reported  Covid-19  positive  after  resuming  international  duty  with  CAF  member- Associations national teams. More specifically, Yussef El Arabi was tested positive while he was with the  Morocco  national  team,  and  Egyptian  international  Ahmed  Mahgoub  Hassan  was  tested positive after the match of his national team played at Tongo on 17.11.2020. To make matters worse, Yussef El Arabi is now stranded in Cameroon were the match between Morocco and “Central African Republic” was played and he is not allowed to leave the country due to travel restrictions! Their recovery and their time of absence (as well as their return to Greece) is for the time being unknown without considering in what state they are going to return and if they will face further health – consequences of any kind due to their illness.

We are more than certain that several other European Clubs will  more than likely face similar problems as a result of the non–compliance with the FIFA International Match Protocols.

Our players have been obviously exposed to unacceptable conditions as a result of the fact that there are Associations that obviously do not implement FIFA International Match Protocols nor detailed and strict protocols similar as those implemented in UEFA Competitions and by most European Associations.

With the domestic and international competitions entering in a crucial phase it is impossible to determine the damages incurred to our Club by being deprived from the services of our Players being tested positive during or just after international duty.

Thus, we are obliged to express our deepest disappointment for a policy that leaves Clubs totally unprotected when they invest millions in trying to keep football alive especially at times when they see their revenues collapse. And more importantly to express our deepest concern on a policy that  not  only  alters the  terms of  the  competitions in a  way  impossible  to  calculate,  but  more importantly exposes the Players health into high danger.

As a Club participating in European competitions and a longstanding ECA member we believe that Covid-19 epidemic crisis on a global scale once again raises issues of liability questions regarding player  infection,  short  and  long-term  health  impairments  and  protection/compensation  of/for wages,  medical  cost  or  loss  of  future  income,  the  implementation  of  a  centralized  detailed information system by  FIFA, the Confederations and  National  Associations on  how  the various National Associations are implementing the requirements set out in the FIFA International Match Protocol, as well as related information from local authorities (specifically quarantine obligations), before  and  during  the past two international  windows and  in  the  future (starting from March international window).

For these reasons we ask you as the supreme and supervising authority in the field of football to take all necessary action to immediately and effectively tackle these issues for the good of all competitions, both internationally and domestically.