Editorial: A time for unity and responsibility 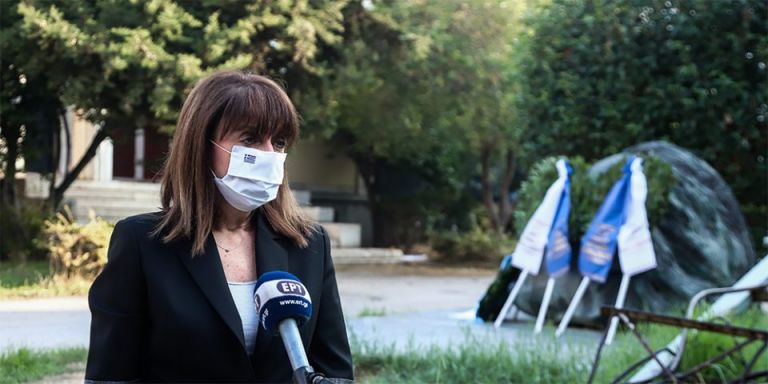 the annual commemoration of the 17 November, 1973, uprising against the Greek junta this year coincides with the peak of the second wave of the COVID-19 pandemic.

The judiciary has decided

The Council of State, the country’s supreme administrative court, ruled yesterday that the government’s ban on the public, outdoor assembly of over four individuals in order to protect the public interest and public health.

The decision was widely expected and quite logical as the annual commemoration of the 17 November, 1973, uprising against the Greek junta this year coincides with the peak of the second wave of the COVID-19 pandemic.

Everyone without distinction is obliged to comply with this decision and set aside supposedly revolutionary exercises.

The national interest mandates unity and prudence in confronting the new virus which continues to plague the population.

This was expressed very well yesterday by the President of the Hellenic Republic, Ekaterini Sakellaropoulou (Photo: wreath-laying at Athens Polytechnic).

“In these critical hours in which the country finds itself the national interest, solidarity, and the preservation of social cohesion are paramount. This is the least we can do to honour the memory of those who engaged in a struggle at the Polytechnic,” she declared.

These hours do not permit divisionς and conflicts.

Sooner or later we shall again have a sense of normalcy.

Let us set aside our disputes until afterwards.

It would be a huge mistake to imperil social cohesion just as a glimmer of light is appearing at the end of the tunnel.