Golden Dawn’s modus operandi was precisely that of Hitler’s storm troops. It conducted cowardly attacks against helpless migrants and other vulnerable social groups. 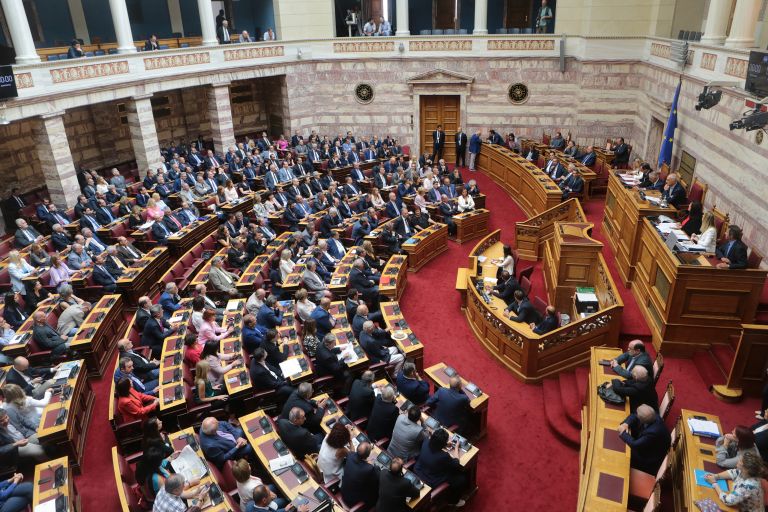 Democracy is a form of government that tolerates different opinions and co-exists with those who reject it.

That, however, does not mean that it does not fight for its principles, substance, and existence in a coordinated and organised manner.

It does so without fear or passion but rather with arguments, incontrovertible proof, and the mobilisation of the institutions which constitute it such as the judicial branch of government.

That occurred with neo-Nazi Golden Dawn, which had a paramilitary structure and organisation which believed that with the practices of Hitler’s storm troopers to impose its inhuman views which have been condemned in the collective consciousness of the Greek people.

With incredible audacity the followers of neo-Nazism treated the tolerance of democracy as a weakness.

They appeared on the political scene in 1980 as a pitiful remnant of the colonels’ junta which fell in 1974 and of new order groupings that arose in Western Europe at the time opposite the left-wing terrorism of that period.

Later they found an opportunity to rebound in the early 1990s when the Eastern Bloc collapsed and a national restructuring of the Balkans came about.

They exploited the nationalist surge of that period and found fertile ground in the particular conditions of the previous great economic crisis which was accompanied by a rise in anti-semitism, social hatred, envy and a quasi-legitimisation of various forms of political violence.

At the time, the Golden Dawn of neo-Nazi extremist Nikos Michaloliakos proved itself to be the most vulgar expression of growing anti-Semitism.

Its modus operandi was precisely that of Hitler’s storm troops. It conducted cowardly attacks against helpless migrants and other vulnerable social groups.

Its audacity was so huge and it revanchist stance so intense that it had no compunction about behaving in a brutal manner even in Parliament.

Its criminal activity was glaring but the political short-sightedness of most and the particular political and socio-economic conditions prevailing at the time prevented its being confronted in a timely manner.

It took a murder, the sacrifice of antifascist rapper Pavlos Fyssas, to awaken people’s consciences and to motivate the democratic state to react.

The remanding in custody in 2013 of those who physically murdered Fyssas and the filing against Golden Dawn’s leadership of the weighty charge of leading a criminal organisation was not simple and could in no way have been taken for granted.

It required good judgment, political courage, and above all devotion to the values of the democratic system of government.

The effective mobilisation of the judiciary which was confronted with invective and threats was also not a given.

The work of the investigating magistrate and the court proceedings were conducted in a harsh environment with violent reactions and constant challenges.

The court had to marshal all of its judicial acumen, patience, and endurance to organise and conduct a truly fair trial and deliver a rock solid verdict.

The result would have been more secure if then ruling Syriza had retained in the new Penal Code the provision that parties convicted of heinous crimes and their leaders will be stripped of their right to vote and run for election.

It is only now, five-and-a-half years after the start of the trial, that one can clearly appreciate the weight and value of the political decision made in 2013.

To put it succinctly, democracy reacted, albeit belatedly, and did its duty systematically and painstakingly with incontrovertible evidence that would reassure everyone of the correctness of the ruling.

The international impact of and reaction to the decision confirmed this.

Without exaggeration, Greece has demonstrated to the entire world the value of unalloyed democratic principles in a world confronted with deep transitions.

That, perhaps, is Greece’s greatest victory in a very tumultuous era.