NATO announced on 1 October that Greece and Turkey, both alliance members, had set up a “military de-confliction mechanism” to avoid accidental clashes at sea. 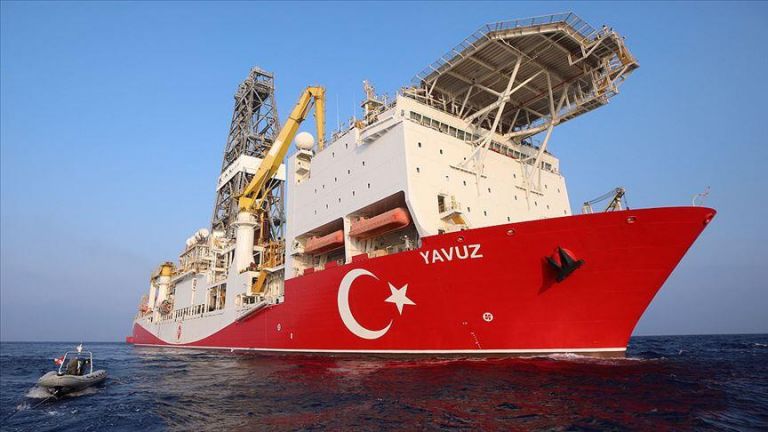 A Turkish drill ship has left the area where it was operating southwest of Cyprus and reached Turkey’s coast for maintenance in a move the European Union said would help ease tensions in the Eastern Mediterranean.

Refinitiv tracking data showed the Yavuz vessel reached shore and the Turkish energy ministry said it would now prepare for work in a new location.

The Republic of Cyprus has long been at loggerheads with Turkey over the demarcation of maritime waters and other issues. Turkish vessels began drilling for oil and gas near Cyprus last year.

The Yavuz was to be operating southwest of Cyprus until 12 October and Greece, a close ally of Cyprus, had called the work provocative.

The ship finished work at the Selcuklu-1 well on 24 April and returned to Tasucu Port, the energy ministry said. “Following preparatory work at the port, Yavus will continue drilling operations in a new location,” it said.

A spokesman for the EU executive, the European Commission, said: “The departure constitutes another welcome step towards de-escalation … and we hope for similar and further moves in this direction.”

Regional tensions simmered after Turkish and Greek frigates collided at sea in August near a Turkish exploration vessel, but calmed after Turkey and Greece agreed to resume bilateral “exploratory talks” that ended in 2016, after the fail coup against Turkish President Recep Tayyip Erdogan.

NATO announced on 1 October that Greece and Turkey, both alliance members, had set up a “military de-confliction mechanism” to avoid accidental clashes at sea.

Turkey has no diplomatic relations with Cyprus and instead is the sole country that recognises a breakaway Turkish-Cypriot state in the Turkish-occupied north of the island.

“It’s an important signal,” he told a regular briefing.

Turkish seismic research vessel Barbaros Hayrettin Pasa remains off southeastern Cyprus and its operations there have been extended to Oct. 18.