Editorial: Time is on Greece’s side 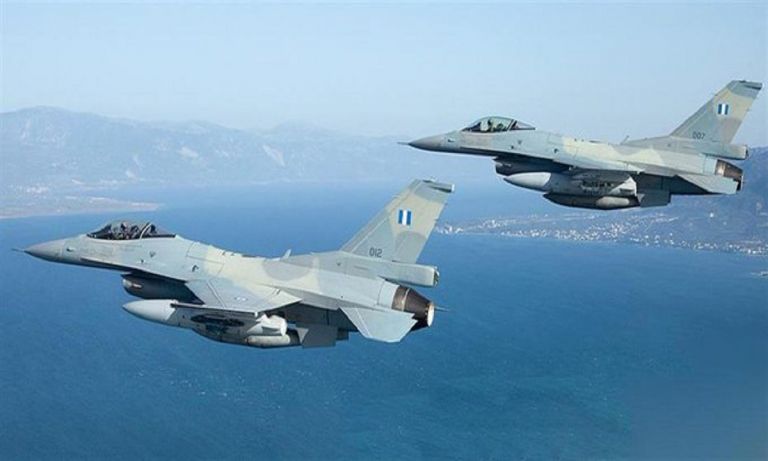 It is no coincidence that in the last month pundits on Turkish television have been analysing the capabilities of the Hellenic Air Force that would allow it to strike targets deeper into the country.

To the extent that it is accurate and true an article in the German newspaper Die Welt projected a possible military “hot clash” of indeterminate duration and intensity between Greece and Turkey in both the Aegean and Southeastern Mediterranean.

Now everyone in Europe and the US is wondering whether Turkish President Recep Tayyip Erdogan actually asked Turkey’s armed forces to sink a Greek war ship or to down a Greek fighter jet.

Most consider it almost a given that there is a threat of war between two Nato countries and that will affect the survival of the omnipotent post-war defence Alliance of the West.

That was expressed emphatically by Nato Secretary-General Jens Stoltenberg last Thursday when he expressed the wish that Greece and Turkey commence dialogue post-haste.

Foreign powers that are in the know do not espouse the German newspaper’s views. It is for them inconceivable that Erdogan asked his generals to do something so drastic and they refused.

They believe that in Erdogan’s “court” in Ankara there is a minority of war-mongers, mainly from coalition partner Devlet Bahceli’s nationalist (aka Grey Wolves) party.
They say they look forward to a Greek-Turkish showdown because of Ankara’s supposed military superiority.

That has not panned out on the ground. Instead we have seen a bold mobilisation of the Greek armed forces which confirms that if Erdogan chooses hostilities it will be no cake walk and will have very serious repercussions for Turkey.

It is no coincidence that in the last month pundits on Turkish television have been analysing the capabilities of the Hellenic Air Force that would allow it to strike targets deeper into the country.

The remarks of Erdogan’s former foreign minister and chief strategist Ahmet Davutoglu in which he urged fellow Turks not to choose (or overestimate) a show of force over diplomacy are very timely.

Meanwhile, though Greek authorities confirm only that the Greek frigate “Limnnos” touched upon the Turkish “Kemal Reis” they did not mention how many incidents might have pushed captains and pilots to extremes.

The concede there have been tensions in the broader region but they believe there was never a moment that could have resulted in a military skirmish.

Government sources note that even in the case of the “Limnos” the Turks chose to leave the scene even though they had an opportunity for a dynamic reaction.

In any event the intensity and frequency of Turkish Aegean and Southeastern Mediterranean violations are annoying more and more international players.

One foreign diplomatic source noted that for the first time since WWI and the collapse of the Ottoman Empire have so many powers lined up against Turkey.

Arabs Egyptians and Syrians, Israelis, French, Austrians, British, Americans and others have denounced Erdogan’s arrogant and expansionist illusions of grandeur. Some believe he is driving the ship of state onto the rocks and that his neo-Ottoman vision deeply troubles the Turkish public instead of luring it.

All of the above may help explain Erdogan’s shilly-shallying between a clash and dialogue. It is clear that Turkey is being pressured internationally and that means Greece must remain vigilant and calmly survey the field.

Time is on Greece’s side.