Martins rage for the field of OAKA : Shame and disrespect for football – HFF is incompetent

Pedro Martins made harsh statements about the shameful image of OAKA, which endangers the health of the footballers of Olympiacos and AEK, but he also made a direct attack on the Federation as well 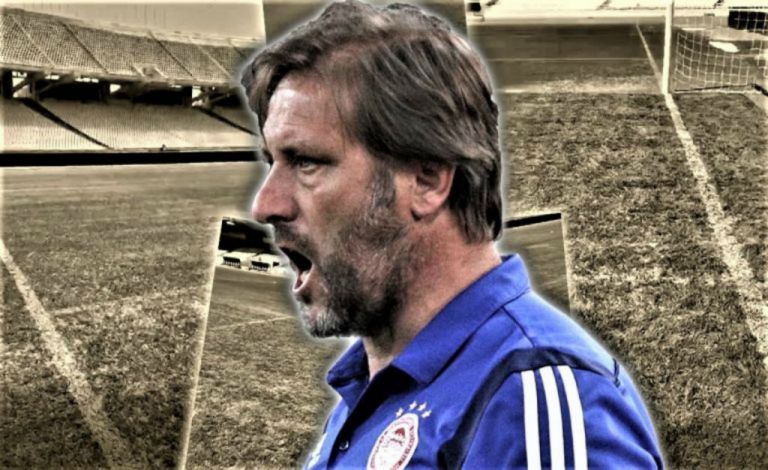 The sad image of the field of OAKA, just before the Cup final, caused surprise and shock to the people of Olympiakos and angered Pedro Martins. Martins had never shown anger and irritability again in his presence at Olympiakos.

The Portuguese coach of Olympiakos made his anger obvious about the playing field, while he was giving a scheduled interview on COSMOTE TV, before the beginning of the training at the Olympic Stadium.

In short, in his interview that was about the image of the playing field of OAKA, Martins used a tough language for those connected with the mess of the field.

He talked about an incompetent Federation. He was referring to the methods that were used to postpone the final for the 30th of August. He also made other statements about how shameful and disrespectful the whole situation is for football in general.

Here you can read his statement on COSMOTE TV for the Cup final in detail. (The whole interview will be shown on Sunday in the pre-game of the match):

«We did not manage to have the final when we should and since then they set the date for the 30th of August. We come to this stadium today and we see it in this situation… This is a lack of respect for football itself. They do not respect footballers. It is a shame and shows absolute incompetence.

Greece needs to change the way it treats football and start respecting it because wanting to host a Cup final at this stadium is unacceptable and shows a lack of respect for all of us.

It shows the utter incompetence of the Federation and it is a real shame. This game should be a symbol of Greek football. The fact that they chose this date and this playing field shows their incompetence. I’m sorry, but I can’t find another word».