After Italy, Greece eyes EEZ deals with Egypt, Albania, Ankara says it is not irked Athens-Rome accord 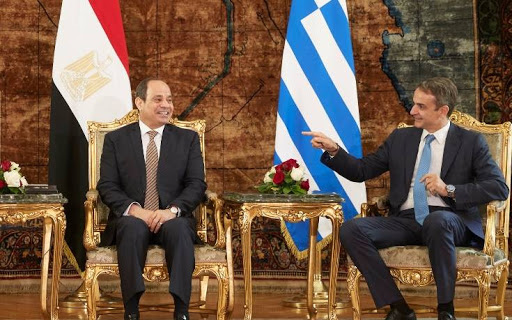 The Greek government is scurrying to close an EEZ delimitation deals with Egypt and Albania after having cut a deal with Italy, thus resolving a deadlock of over four decades.

Though there were compromises on the part of both sides, politicians and analysts in Athens’ view the deal with Italy as crucial because it recognises that islands have their own Exclusive Economic Zone, something that Turkey has vehemently denied for decades.

Foreign Minister Nikos Dendias noted that the deal is an extension of a bilateral agreement signed in 1977.

A crucial point is that this accord cleared up the issue of the two countries’ fishing rights with a compromise.

Indeed Greek diplomats have long privately conceded that it is Ankara that has long worked to block any EEZ deal between Greece and its neighbours.

In a rare show of support, main opposition SYRIZA welcomed the deal.

The government presented it as a key step in Greece’s decision to move forward with proactively exercising its rights rather than merely invoking international law continually.

Meanwhile, Turkish Foreign Minister Mevlut Cavusoglu said the deal does not worry Turkey because it does not concern the Aegean and the Eastern Mediterranean where Ankara rejects the tenet of the UN Law of the Sea Convention.

US Ambassador to Athens welcomed the Greece-Ital deal as a model agreement and reiterated US support for Athens’ position that islands have an EEZ.