Bank of Greece Governor Yannis Stournaras is expected to play a key role in seeking money in order to stabilise the situation in the Greek banking sector to the extent possible. 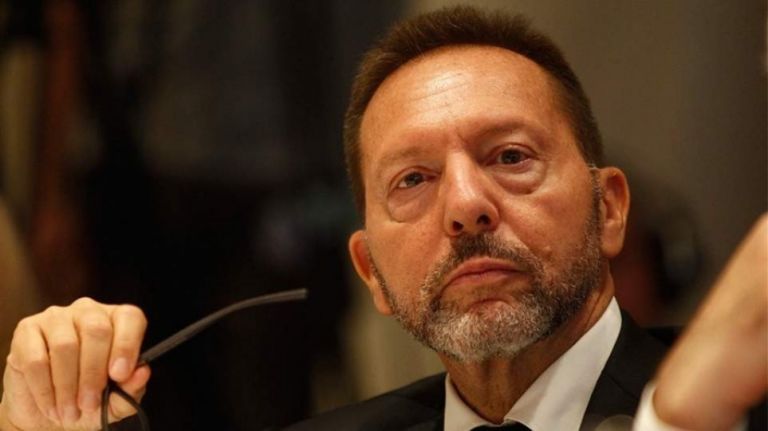 As the end of the lockdown is already in sight in Greece the day after the coronavirus outbreak is already stirring extreme concern in the government, among financial players and analysts, and not least in the Bank of Greece with the governor of the central bank, Yannis Stournaras, scampering to come up with 10bn euros to bolster the Greek banking system and avert yet another bank crisis.

The well-grounded fear of a new deep recession that will harm everyone and bring new bailout memorandums two years after Greece thought it bid adieu to its decade-long crisis has mobilised all of the country’s forces but that may well not be enough and much will depend on the final EU-wide decisions to be taken by the Union’s leaders with a battle royal raging between Germany and Italy, the third largest economy which has been hit hardest by the pandemic so far.

Bank of Greece Governor Yannis Stournaras is expected to play a key role in seeking money in order to stabilise the situation to the extent possible.

It is clearly understood by all that if the banks fall the economy will collapse.

In order to avert an implosion Stournaras is in regular contact with Prime Minister Kyriakos Mitsotakis and his economic team in order to plot an effective strategy that can protect the banking sector.

Stournaras is also in constant contact with the ECB in Frankfurt as part of an effort to make sure 10bn euros are available to prop up Greek banks.

That is double the amount that had been earmarked for the banking system and is considered necessary in order to secure uninterrupted liquidity.

The Bank of Greece believes the amount is sufficient to prevent major shocks to the system and buy time even as Athens and other capitals especially in Southern Europe await the detailed EU response plan which has been deemed entirely inadequate to date by several member-states and analysts.

Stournaras – who is believed in line with Italy, France, and other eurozone states to support the issuance of a coronabond that will allow a mutualisation of debt to address the deep repercussions of the pandemic – is also scheduling contacts with several other eurozone central bankers.