About a dozen healthacre workers at the Alexandra university hospital in Athens which has a large maternity ward who came into contact with the woman have been quarantined. 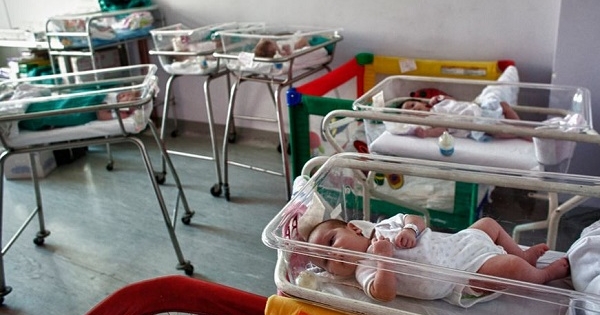 Health ministry spokeman Sotiris Tsiodras, who chairs the government’s coronavirus committee, toay  reported 102 new coronavirus cases including 20 people on a ship and a female asylum seeker who recently gave birth in hospital in Athens, the first recorded case among thousands of migrants kept in overcrowded camps.

Authorities said they were attempting to trace where the woman had become infected and looking at the possibility it may have been at the hospital. She had been staying in the migrant camp  which hosts up to 2,500 people.

Nobody else at the camp has tested positive, migration ministry sources said. The camp has an isolation area for coronavirus patients should the need arise, the sources added.

“Authorities are tracing her recent contacts,” Tsiodras told reporters. He said a person who lived with the woman had tested negative.

About a dozen healthacre workers at the Alexandra university hospital in Athens which has a large maternity ward who came into contact with the woman have been quarantined.

The apparently asymtomatic woman was tested after the hospital administration was alerted that the woman’s husband tested positive. The couple is from Africa.

The case also stirred grave concerns in the town of Ritsona on the island of Evia near Athens as refugees and migrants routinely shop in town.

Greece, which reported its first coronavirus case at the end of February, has reported 1,314 cases so far.

In total, 49 people have died.

The vessel had been hired by a US cruise operator, a shipping ministry official said.