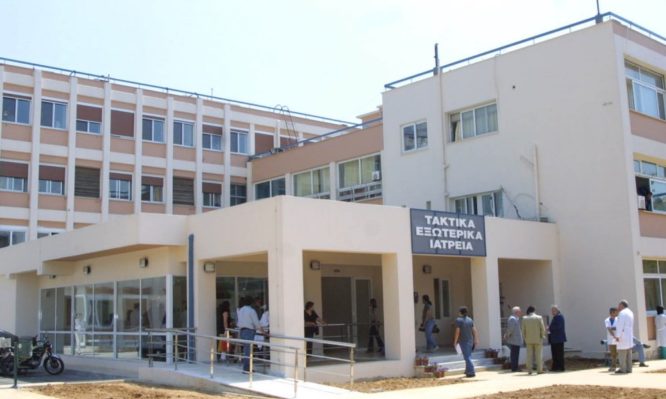 The total number of confirmed cases in Greece rose to 695.

Tsiodras said 114 Covid-19 patients are hospitalised, of whom 35 are on respirators in ICUs, 61 percent of whom are men,

On a brighter note, 29 patients were successfully treated for Covid-19 so far have been discharged from hospital.

Tsiodras said that approximately 50 percent of those placed on internationally respirators die.

The death toll at the time of the health ministry’s daily 6pm briefing was 17, of whom 14 were men and three were women.

‘Without self-isolation 50 percent of population could become infected’

Tsiodras on Monday afternoon estimated that the actual number of Covid-19 infections in Greece is between 8,000 and 10,000 based on mathematical models used by the health ministry.

He estimated that half of them are asymptomatic.

Stressing the importance of self-isolation he stressed that people with mild symptoms should stay home.

He expressed very guarded optimism over the fact that the curve suggests that the spread rate has dropped slightly.

«It is more important for patients with mild symptoms to self-isolate rather than to be monitored in hospitals,” he said.

Tsiodras underlined the necessity of the government’s nationwide lockdown in order to avert a sharp rise in the spread rate.

With the opposition calling for the hiring of thousands more permanent doctors and nurses and a major increase on the number of ICU beds, Health Minister Vasilis Kikilias touted the exhaustive emergency measures taken by the government

A total of 2,158 beds have been made available for COVID-19 patients nationally, and four hospitals are treating exclusively Covid-19 cases.

These are Pammakaristos (photo), the Army Insurance Fund Hospital (NIMTS), Attica and a wing of the Agia Varvara Hospital

«Two months ago the National Health System had 565 ICU beds and another 80 had been donated by the private sector for the flu epidemic. We have an additional 38 such beds in military hospitals.»

He called on those with expertise to volunteer by contacting the ministry.

He also noted the emergency hiring of nursing and medical staff as well as hiring for  staff for the state EKAV ambulance service.