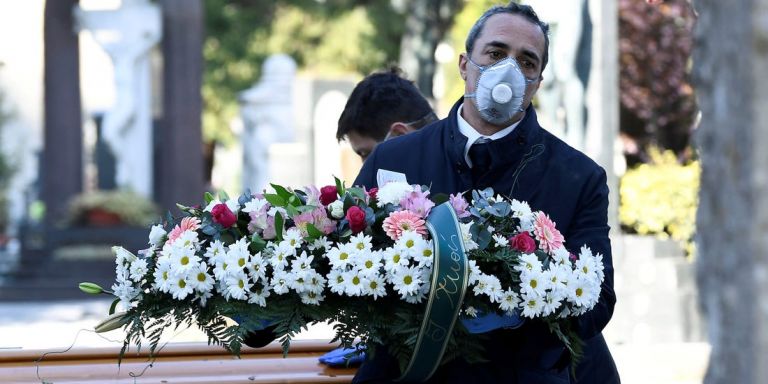 The bonus that the government announced will be paid to hospital workers and the staff of the Underministry of Civil Protection is an expression of the basic recognition and gratitude of the state to all those who day and night are transcending themselves in the battle against the Coronavirus.

Alas it takes such trials for us to be reminded of the significance and importance of their mission.

Under adverse and exhausting conditions they place the social whole above themselves with self-denial and self-sacrifice in order to wage war against an invisible enemy.

Unfortunately, many of our fellow citizens who are to say the least mindless instead of standing beside them as allies exhibit irresponsible and ant-social behaviour, making their work more difficult and increasing the burden that they bear on the shoulders.

At the beginning of the epidemic some of them donned the cloak of the revolutionary in defying the instruction of experts and a state ban on carnivals and gathering by the dozens in the street to march in a carnival parade in Patras.

Then the “revolution” continued on beaches and ski slopes and cafeterias and now they are repairing to their ancestral villages to spread the virus outdoors there as well.

If they believe the guidelines of experts to be exaggerated they should listen to the dramatic plea of a Greek doctor, Panagiota Mouzakitis, who works in the Italian city of Parma and is experiencing first-hand the disaster with which our neighbours are confronted:

“Stay home. Do not travel or go to the villages because you will bring death to the provinces. Maintain discipline for as long as it takes. Do not end up like Italy!”