‘Force will be used against those violating the ceasefire, including radicals, and every measure will be taken,,’ Turkish Defence Minister Hulusi Akar said. 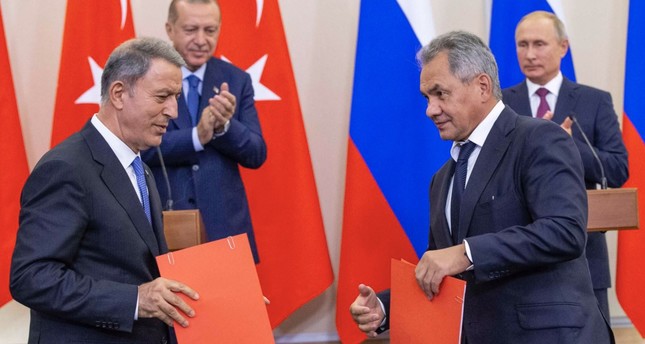 Turkey will use force against rebel groups violating a ceasefire in Syria’s northwest Idlib region, Turkish Defense Minister Hulusi Akar said on Thursday, in an apparent response to Russian criticism.

Turkey has allied with some rebels in Idlib opposed to Syrian President Bashar al-Assad, and has boosted its troops, arms and equipment in the region after 13 of its soldiers were killed by Syrian government forces in just over a week.

Turkish President Tayyip Erdogan has said his NATO-member military would strike Russia-backed Syrian forces if another Turkish soldier was hurt, and he blamed Moscow for targeting civilians.

Russia, which supports Assad, in turn accused Turkey of flouting agreements it made with Moscow and of aggravating the situation in Idlib. The Kremlin said Ankara had failed to neutralize militants there, as per a 2018 agreement to establish a de-escalation zone.

Apparently responding to the Russian criticism, Akar said Turkey was sending reinforcements to Idlib to ensure a ceasefire is maintained and to “control” the area, according to a ministry statement.

“Force will be used against those violating the ceasefire, including radicals, and every measure will be taken,” Akar said, referring to a 12 January ceasefire Ankara says has been violated by Assad’s forces.

The flare-up of fighting has given rise to some of the most serious confrontations between Ankara and Damascus in the nine-year-old war that, since early December in Idlib alone, has displaced hundreds of thousands.

Aid workers said families fleeing air strikes and advancing troops in Idlib were sleeping in streets and olive groves, and burning toxic bundles of rubbish to stay warm in the biting winter weather.