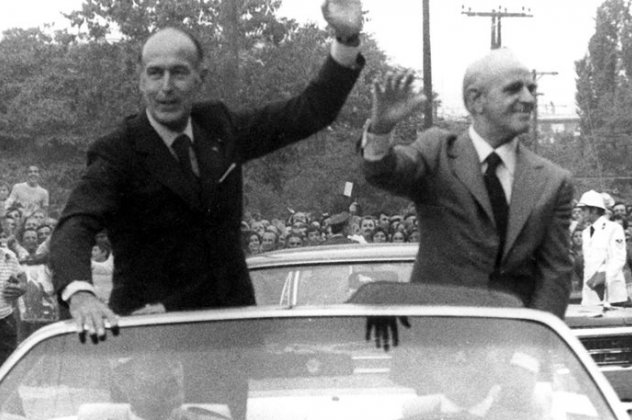 Greek-French relations were forged in critical and transitional periods in our country’s history.

In 1974 following the Turkish invasion of Cyprus and the national disaster that led to the fall of the Greek junta, PM Constantine Karamanlis approached France and even adjusted Greece’s defence policy to the French model.

Wounded by the US involvement and stance toward the junta, Greece withdrew from Nato’s military structure (as France did in 1966). He espoused the school of Charles de Gaulle and consciously deepened ties with France.

The strategy was vindicated in 1979 when French president Valerie Giscard D’Estaing passionately supported Greece’s accession to the European Economic Community (EEC) and dragged along an ever reluctant Germany led by Chancellor Helmut Schmidt.

The relationship was later strengthened by the cooperation of PM Andreas Papandreou with his ideologically kindred spirit President Francois Miterrand in handling international crises of that era.

Both Nicolas Sarkozy and Francois Hollande contributed to the EU assuming the Greek risk and saving the country from bankruptcy.

In the current geopolitically revisionist and transitional period with Turkey’s heightened claims and threats against Greece, France is once again hastening to cover Greece’s needs.

For some time French President Emmanuel Macron has directly supported Greek positions in the evolving crisis with Turkey and he is palpably supporting Greece by sending the aircraft carrier Charles de Gaulle to the Eastern Mediterranean. It will be by all appearances be stationed east of Crete and will act as a precautionary shield against any Turkish provocations.

During Macron’s recent meeting with PM Kyriakos Mitsotakis the groundwork was laid for a multi-faceted and expansive bilateral cooperation that will range from the economy and defence sector to addressing international problems such as the migration crisis and climate change.

Prior to the meeting of the two leaders there were meetings and intensive diplomatic consultations to prepare what has become a strategic cooperation.

France and Greece are reportedly headed toward an “agreement of defence cooperation and assistance” which will impact decisively on developments in the wider region.

That constitutes a substantial response to current provocations.

Along with the upgrading of the US-Greece cooperation which was passed by Parliament recently, one can transcend current unstable conditions.

All of the above developments help make up for Germany’s politically sympathetic stance toward Turkey and Russia’s closer ties with Ankara with cooperation on the crises in Syria and North Africa.

France is one of these.