Editorial: A pipeline of opportunities and challenges

The pipeline will provide natural gas to Greek regions that do not have access to the national network such as Crete, the Peloponnese, and Western Greece. 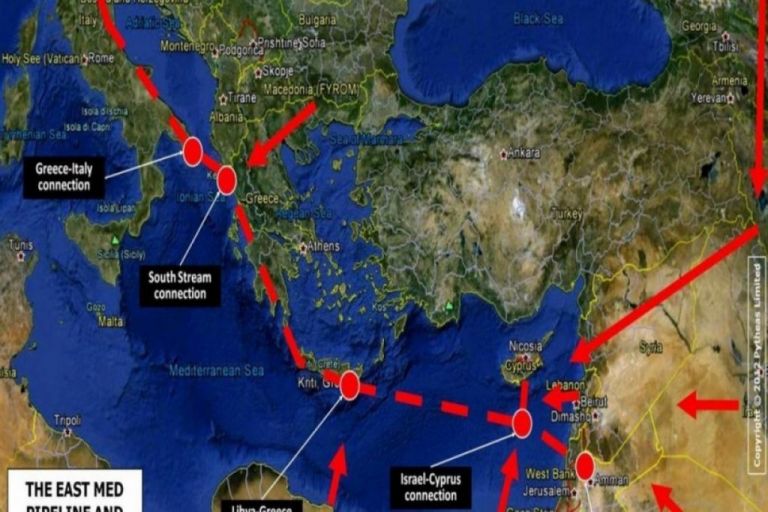 Yesterday’s signing of the inter-governmental agreement on the construction of the EastMed pipeline to transport natural gas and connect the deposits of the Eastern Mediterranean with the European market via Cyprus and Greece has justly been described as “historic”.

By opening a corridor for the procurement of gas EastMed is expected to contribute decisively to safeguarding the energy sufficiency and security of EU member-states.

The PM described at yesterday’s ceremony at the Zappeio in Athens how Greece will benefit from the revenues from the production, transport, and distribution of gas in new regions as well as how the price cuts will benefit the destination countries.

Moreover, the pipeline will provide natural gas to Greek regions that do not have access to the national network such as Crete, the Peloponnese, and Western Greece.

It is expected that the colossal project will not only change the energy terrain in Southeastern Europe, but that it also will create new diplomatic and geostrategic realities, especially if Italy decides to actively participate.

The new terrain and emerging alliances have triggered the intense annoyance and consternation of Ankara which is coming to understand that its policies are leading gradually to isolation and so it has resorted to provocations.

It is no coincidence that when the three-way agreement was being signed Ankara was ratcheting up tensions in the Aegean and the Turkish Parliament was approving the dispatch of a military force to Libya.

The road will not be strewn with roses. It will be uphill and difficult.

Greece must remain stably focused on a strategy of calm, decisiveness, and intense diplomatic activity with an eye toward forging new alliances.

In this effort it is important that on the domestic front political forces remain united.

It is a positive sign that until now the stance of the main opposition party has been one of responsibility and constructive criticism.