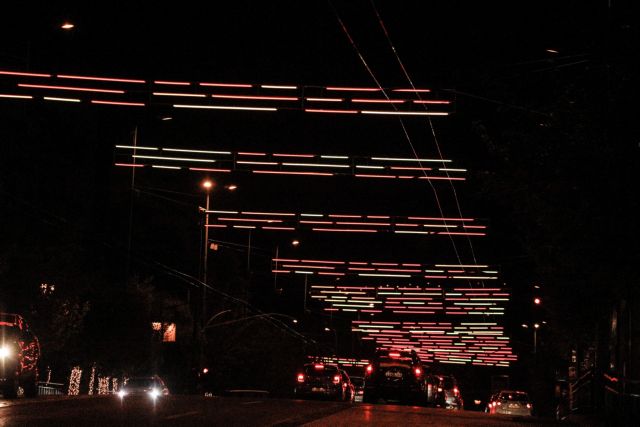 Those who inspired and executed these ideas were not in touch with the social dynamic and operated in a different in a remote sphere of elitism that differed from the desires of most people.

The initiative of the Mayor of Athens appeared to be novel and interesting.

The idea was simple. The municipality would assign the task of arranging Christmas lighting in the central, commercial streets of Athens to strong businesses and wealthy private foundations and they would respond positively, as they did. The city would be showcased. Christmas lighting would shine even in the darkest neighborhoods. The Christmas spirit would shine everywhere and citizens would feel better after many bitter and miserable years of economic crisis.

All this would be done with a minimum cost for the municipality and the mayor could then say that soon after his election he changed things dynamically with no economic burden for anyone.

All that was well and good, but even the best ideas may be flawed.

Those who inspired and executed these ideas were not in touch with the social dynamic and operated in a different in a remote sphere of elitism that differed from the desires of most people and lacked a sense of public space.

By all appearances this is what happened.

The private sphere aggressively and without measure invaded the public space ignoring everything that comprise and determine it.

Ιt believed that it was offering a modernist and advanced proposal, but in the eyes of most citizens it was indifferent or repulsive.

There was neither warmth nor emotion in the linear lights produced by the Stegi and they triggered smirks that confirmed their distance from citizens.

Athens is not the only city with this type of experience as in other cities as well on has seen the invasion without measure of the private sphere in public spaces.

New-fangled, piecemeal, without continuity and strictly technical, the lighting of Athens failed because it ignored its basis and objective and turned its back on the popular sensibility.

Thus, it confirmed that modernism can be not so distant from kitsch.