Libyan Parliament Speaker in Athens, declares accord with Turkey ‘invalid’

‘We are here to stress that this specific agreement is rejected, it is invalid,’ said Aguila Saleh Issa, speaker of the Libyan House of Representatives. 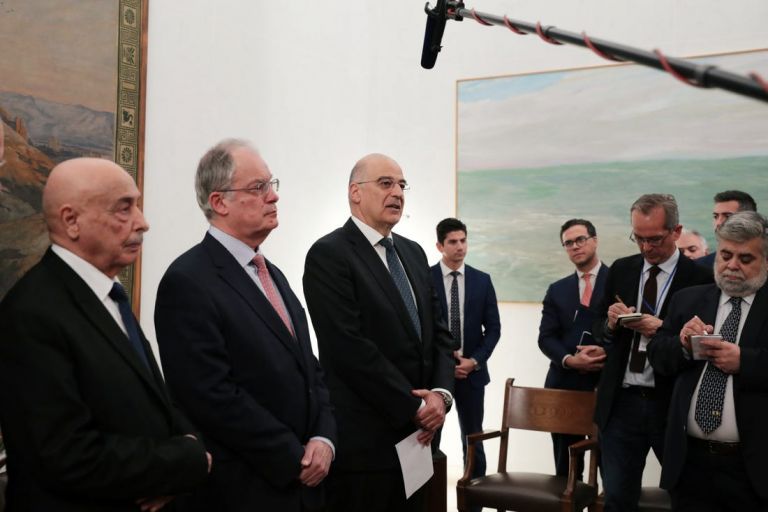 The head of Libya’s eastern-based parliament on 12 December said he disagreed with an accord between Libya and Turkey establishing maritime boundaries which has infuriated Athens.

Greece expelled the Libyan ambassador last week over the Nov. 27 accord establishing a sea corridor between Libya and Turkey and in areas where Greece considers it has maritime rights.

“We are here to stress that this specific agreement is rejected, it is invalid,” said Aguila Saleh Issa, speaker of the Libyan House of Representatives.

“Those that signed it do not have any legal authority to do so, since the government itself was rejected. It lost a confidence vote twice and has not been legally sworn in at the House of Representatives,” Issa told reporters in Athens through an interpreter.

Issa is aligned to General Khalifa Haftar who controls the east of the country which opposes the internationally recognised Government of National Accord (GNA) in Tripoli.

Turkey says the accord aims to protect its rights and is in line with international law. President Tayyip Erdogan said that the accord will allow Turkey and Libya to hold joint exploration operations in the region.

Turkey’s legal position has been rejected by the US, Russia, and the EU.