German foreign ministry spokesperson expressed support for the sovereign rights of Greece and Cyprus and clearly declared that maritime borders must be delimited in accord with international law. 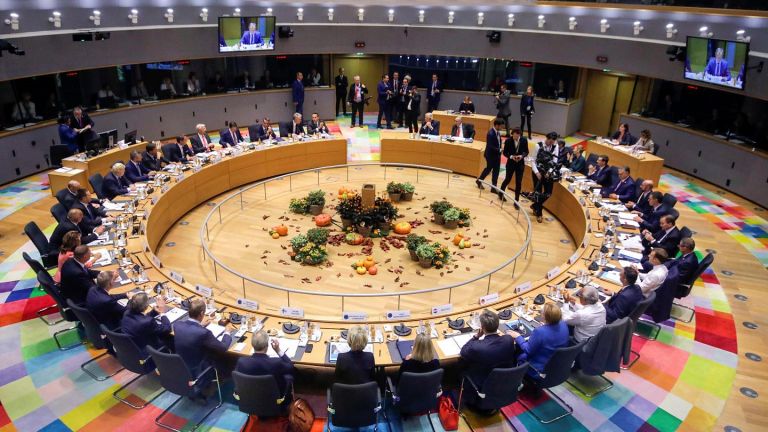 A  memorandum between Libya and Turkey mapping out maritime boundaries is a violation of international law, European Union leaders will say on 12 December in support of Greece, which objects to the deal, according to a draft statement of the summit conclusions.

Greece last week expelled the Libyan ambassador in response to the agreement, infuriated at a pact which skirts the Greek island of Crete and infringes, in Athens’s view, its continental shelf.

Turkish President Tayyip Erdogan expressed his outrage over the expulsion and declared that Greece “will pay for its actions internationall.

The MOU with Libya has isolated Turkey internationally with the US and Russia among those who object.

“The Turkey-Libya memorandum of understanding on the delimitation of maritime jurisdictions in the Mediterranean Sea infringes upon the sovereign rights of third States (and) does not comply with the (U.N.),” according to draft conclusions seen by Reuters.

The EU expresses unanimous support for the sovereign rights of Greece and Cyprus and rejects as violation of international law the Turkey-Libyan MOU.

In its effort to show that Turkey and Libya have a maritime border Ankara in the related map obliterated the island of Crete and smaller Greek islands, thereby claiming their EEZ as its own In violation of the UN’s law of the sea treaty.

In that context, Greece has launched a huge international democratic blitz gaining the full support of the EU, stressing the illegality of the Turkey-Libya accord in letters to the UN Secretary General Antonio Guterres and the UN Security Council.

Turkey has also sent the MOU to the UN.

Most recently, on 11 December, the German foreign ministry spokesperson expressed support for the sovereign rights of Greece and Cyprus and clearly declared that maritime borders must be delimited in accord with international law.

France and Italy have indicated that they may send ships south of Crete, the EEZ of which Ankara has claimed for itself. There have been reports that Ankara may seek to proceed with exploration in that area.

The deal between Ankara and Tripoli carves out a slanting sea corridor of maritime boundaries at the closest points between Libya and Turkey, potentially clearing the way for oil and gas search there.

“The European Council unequivocally reaffirms its solidarity with Greece and Cyprus regarding these actions by Turkey,” the draft said.

Greece has lodged its objections to the United Nations over the accord between Libya and Turkey, saying the pact could affect implementation of the Libyan agreement brokered by the UN in 2015 to end years of fighting in the North African country.

A row over eastern Mediterranean gas reserves offshore has become increasingly shrill with countries in the region jostling to stake their claims.