Macron is at a loss and weak, unable to meet the demands of his role as the leader of a great and historic country which bequeathed to the world unique values. 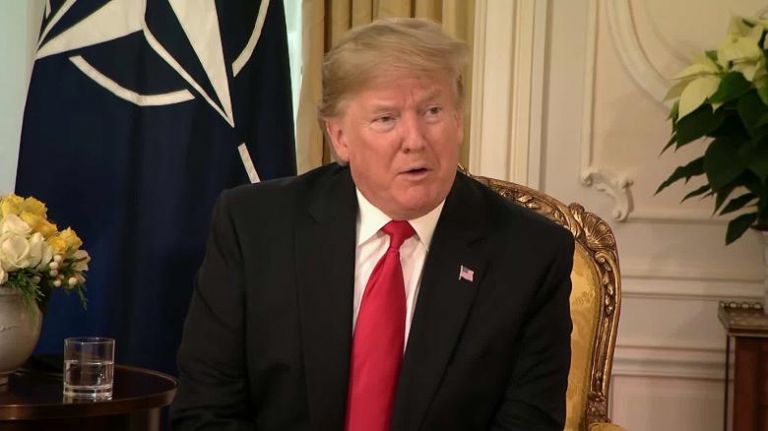 All that has transpired recently in the world in terms of deeds and official statements, the manner in which international issues and problems are framed, and the coarse language of leaders violate all norms that existed in international relations until now.

Yesterday’s on-camera dialogue between Donald Trump and Emmanuel Macron went beyond the pale and revealed to everyone in an absolutely cynical manner that we are living in a different era of changes and transitions.

Alliances that were forged on the basis of the results of WWII are now being openly disputed.

On the contrary, he is at a loss and weak, unable to meet the demands of his role as the leader of a great and historic country which bequeathed to the world unique values.

That, too, is a sign of the times, a sign of a catastrophic path that presages uncontrollable events.
Trump is not alone. He finds copy cats and coordinates with them.

The case of Erdogan is indicative and expresses the mutual respect between the two men.

Base sentiments unfortunately come from contemporary revisionists who can only bring harm.

Hence, one faces serious complications ahead. In this exceptionally unstable environment where the irrationality of power prevails and international law is being trampled over Greece is obliged to be vigilant and pursue pro-active policies that will shield the country as well as possible in confronting any claims against it.

To put it plainly, in this volatile, uncertain, and largely irrational world Greece will essentially stand alone as there will not be many willing to offer help and support.