Whatever the case may be, authorities are now on red alert and all possibilities are being examined. Counter-terrorism forces have been dispatched to Leros. 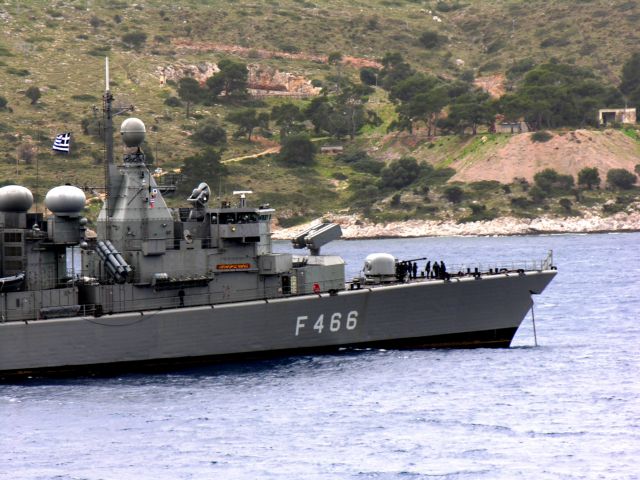 The revelation that anti-tank missiles, an as yet undetermined number of rockets, and dozens of grenades and projectiles from the Greek Navy base on the Greek island of Lesvos have been stolen has rocked the Greek military.

Similar events occurred when Greek terrorist groups were established and when they reformed in order to bolster their power.

About 20 years ago, at Christmas 1989, the notorious N17 terrorist organisation had stolen from the military warehouses in Sykourio in Larisa rockets and materiel that it used in a number of terrorist attacks.

Before that there was a theft of guns from the Eleftheroupolis army base in Kavala which according to some included the 45mm pistol with which N17 carried out most of its murders.

Later, there were innumerable scenarios about the theft of weaponry on the Aegean island of Kos but one still does not know who committed the act and for what purpose.

The military bases on the islands were always the target of other forces which may be linked to contraband trade which floursishes on border islands or simply to common crimes.

Whatever the case may be, authorities are now on red alert and all possibilities are being examined.
Counter-terrorism forces have been dispatched to Leros.

Another cause of concern is that of late tensions have multiplied in certain areas mainly due to the government’s intention of establishing a police presence there.

Due to these efforts various groups and forces send warning signals and threatening messages.

Regardless of the scenarios about those responsible for the theft, the violation of the security of a naval base raises larger issues about the conditions prevailing in the armed forces, especially in remote border areas such as the island of Leros.

Everyone can understand the importance of this issue at a time when the armed forces are in a high state of alert in the Aegean due to constant Turkish provocations.

In any event, this is a very weighty matter and it demands an exhaustive investigation so that the guilty parties can be revealed.

If this case remains in the dark and unprobed, that will signal that the country will slide into the dangerous paths of the para-state.