Editorial: Looking to the future, not the past

The discussion during the three-day debate focused on the government’s announcements and particularly on those pertaining to the economy. 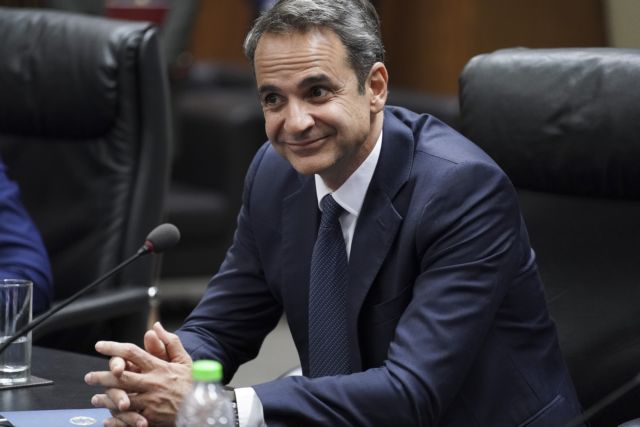 The change in the political atmosphere that one witnessed in the first days of the new government was confirmed in the three-day parliamentary debate on the government’s programme leading to the vote of confidence.

The low-key rhetoric and the debate on specific proposals regarding the present and the future of the country predominated. With very few exceptions MPs set aside a sterile focus on the past.

The PM’s address to Parliament set the tone. He chose to present his plan for the changes he wants to make and largely avoided criticism of the record of the previous government.

That led former PM Alexis Tsipras to concede in his second speech to Parliament that indeed there was a different climate in the legislature, even though he dropped the barb that this was due to a metamorphosis of New Democracy.

Of course he forgot the fact that over the last years he set the tone of the debate with polarisation and hostile tactics.

The important point is that Mr. Tsipras as main opposition leader chose to adapt his opposition tactics to the new realities.

Naturally he defended the work of his government and limited himself to raising questions about how PM Kyriakos Mitsotakis will find the fiscal space to pay for the measures [including tax cuts] that he announced.

As would be expected, the discussion during the three-day debate focused on the government’s announcements and particularly on those pertaining to the economy.

The focus of that debate was the future and the interests of the middle class.

It was the middle class that judged the outcome of the 7 July general elections and it appears that it will remain at the centre of political discourse and policy for the foreseeable future.

Mitsotakis underlined that the outcome of political disputes will not be judged on the basis of announcements, promises, or good intentions.

It will be judged on the basis of the deeds, effectiveness, and credibility of the new government.

The first indications are positive, but reality often proves to be more difficult and more unpredictable than the best projections.

It appears that the government is cognisant of the difficulties and that it has the will to transcend chronic dysfunctions that have bedeviled Greece’s bureaucracy and political system.

It remains to be seen whether the government’s plan and decisiveness in implementing it will prove stronger than the resistance that it will undoubtedly come up against.