Editorial: First the reforms, then the changes

The first bond issue after the elections indicates that investors, thanks in part to the more general climate, trust our country. 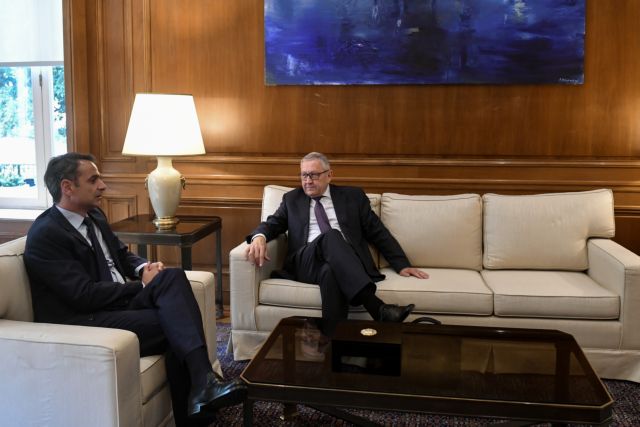 It is evident from a series of public statements that the new government is viewed positively by the representatives of Greece’s creditors and European partners as they expect better cooperation and more steadfast reform policies.

Nevertheless, the first positive signals do mean that creditors are prepared to change the basic targets of economic policy.

That was made clear by EMS chief Klaus Regling and Eurogroup Working Group chief Hans Vijlbrief at an Economist conference.

The message was first move forward with reforms so as to give the economy a strong growth impetus and then one can discuss changing targets.

In other words any adjustment of fiscal policy must ensure that the primary surplus target of 3.5 percent of GDP is met.

Creditors are leaving some space to the government with specific preconditions to present its own plan which must aim at growth, stimulating the economic environment, and lowering taxes.

The message of creditors was clear and the PM after talks with Regling in Athens yesterday hastened to state that the government will respect the agreed fiscal targets.

The government must strike a difficult balance at least in the immediate future.  Due to the handouts recently distributed by former PM Alexis Tsipras the fiscal space is exceptionally limited.

When the government tables its programme in Parliament one will have a clearer picture of how and over what time period it intends to fulfil its electoral pledges given the current economic situation.

The first bond issue after the elections indicates that investors, thanks in part to the more general climate, trust our country.

The question is whether this trust will lead to investment, as that will largely determine whether there can be a leap in growth that will pull the entire economy upward.

The preconditions exist and it is up to the government to grab the opportunity.