NYT analysis explains how ‘underestimated’ Mitsotakis was swept to power 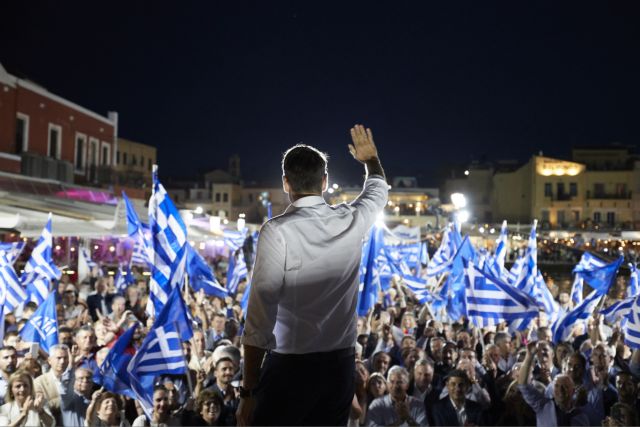 The analysis stresses the challenges Mitsotakis has and will face in aligning old-style conservative ND with his modern, liberal agenda.

As the son of a former conservative prime minister, Kyriakos Mitsotakis could hardly be called a political outsider, yet despite the fact that the scion of one of Greece’s three political dynasties was personally hugely underestimated he managed to methodically transform conservative New Democracy into a credible modern liberal political party and bring it power, according to a lengthy political analysis by the New York Times entitled “Greece liked to underestimate Kyriakos Mitsotakis. Now he’s Prime Minister”.

“His ascent to become Greece’s prime minister is a testament to his tenacity, and to the radical shifts the country’s political system has undergone amid a decade of extreme financial hardship and the ensuing recasting of political alliances,” writes NYT correspondent Matina Stevis-Gridneff.

“It is also a striking resurgence for a mainstream political party at a time when European center-right parties are struggling to win elections convincingly and form governments without coalition partners,” the article states.

“He says that his last name helped him with his first election as a member of Greece’s Parliament, but that, if anything, it has increasingly been a burden. ‘I don’t see people voting for me for coming from a political family. I see people voting for me despite me coming from a political family,’ ” the NYT quoted him as saying in a recent interview.

The analysis stresses the challenges Mitsotakis has and will face in aligning old-style conservative ND with his modern, liberal agenda.

“Mr. Mitsotakis originally faced significant internal opposition to becoming New Democracy’s leader three-and-a-half years ago. As someone who supports private enterprise and has voted in favor of L.G.B.T. rights and a less stringent approach on migration, Mr. Mitsotakis had to win over the party’s traditionalists, conservatives and right-wingers who espouse nationalist positions and are largely anti-gay and pro-church, while also often supporting a more interventionist state in citizens’ lives,” the analysis states.

Noting that his detractors called him “Koulis”, the diminutive of the name Kyriakos normally sued for children [George Papandreou, th son and grandson of prime ministers, was also called “Yorgakis” by his detractors] the report stresses Mitsotakis’s Ivy League and top-flight business background.

“He earned a bachelor’s degree at Harvard and a Master’s at Stanford before returning to Harvard for a Master’s in Business administration. He worked at Chase Investment Bank and McKinsey and Company, a consulting firm, in London, before deciding to try his hand at politics.”

The burden of a name

“His family name and connections gave him a path to politics. But as leader of New Democracy, he has carved out his own space, advocating liberal policies that until recently were anathema to Greek voters and politicians alike,” the NYT quotes Macropolis political analyst Nick Malkoutzis as saying.