Following the report Kretsos lashed out at the newspaper for allegedly maligning the effort to attract foreign productions and that such junkets are par for the course. 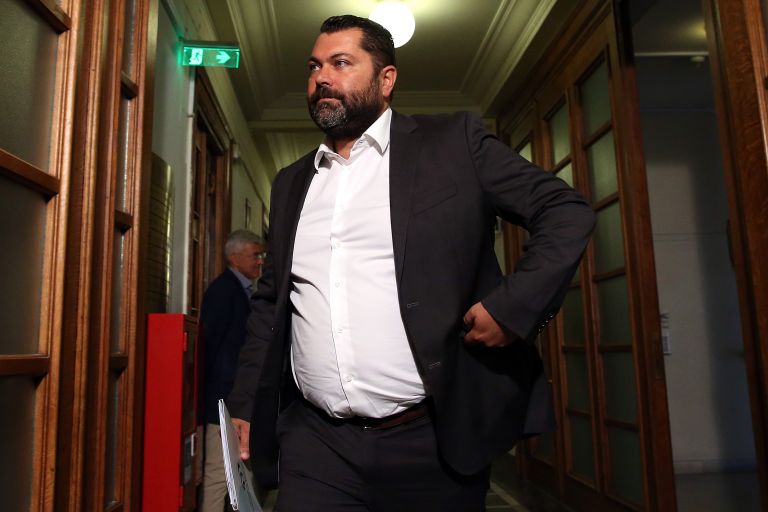 Straight on the heels of the political uproar over PM Alexis Tsipras’ August, 2018, Ionian cruise on the yacht of the Panagopoulos shipping family, the daily Ta Nea revealed that his deputy digital policy minister Lefteris Kretsos took his own luxury cruise in the Saronic Gulf.

Tsipras had foreshadowed the revelation when in defending his own cruise during a recent television interview he declared that he has no problem if any of his ministers had also taken cruises.

The report by veteran political correspondent Dionysis Nasopoulos indicated that Deputy Digital Policy Minister Lefteris Kretsos boarded a luxury 35-metre rented yacht at the marina of Vouliagmeni for a two-day cruise in the Saronic Gulf with stopovers on the upscale islands of Hydra and Spetses before ending up in Nafplio.

The trip took place between 9 to 13 May. He left Vouliagmeni for Hydra at 9am on May 9 and left Hydra at 6:30pm the same day for Spetses, where he stayed overnight at a hotel.

On Friday, 10 May, at 10am he sailed by yacht from Spetses to Naflplio, and from then on he travelled by private bus before returning to Athens by car with an accompanying security vehicle.

Kretsos in charge of state-run media

Kretsos previously served as General Secretary of Information and Communications and in that capacity exercised sweeping authority over the broad nexus of state-owned television and radio stations as well as over the country’s large state-run Athens and Macedonian Press Agency.

He is considered the closest associate of his boss, Digital Policy Minister Nikos Pappas, Tsipras’ right-hand-man.

Kretsos and his security detail used the luxury yacht to follow behind a number of visiting foreign film industry executives who were traveling separately.

This was billed as part of the “Greece Fam Film Schedule”.

His associates from the ministry traveled by regular passenger ship from Piraeus.

The government has been engaged in a major push to lure major film productions to Greece.

Following the report Kretsos lashed out at the newspaper for allegedly maligning the effort to attract foreign productions and that such junkets are par for the course.

“For the first time ever executives from Netflix, Amazon, Universal, HBO which produces the Game of Thrones, Disney, and others had an opportunity to receive an exhaustive briefing on the incentives that Greece offers, to meet with representatives of the domestic audio-visual industry, and to visit ideal locations for filming in our country,” Kretsos said in a statement.

Ta Nea reported that the executives traveled by regular passenger ship and by bus while Kretsos was on the luxury yacht.