Editorial: Yet another lost opportunity

The ruling majority insisted on a series of demagogic and populist proposed amendments supposedly in the name of participatory democracy. 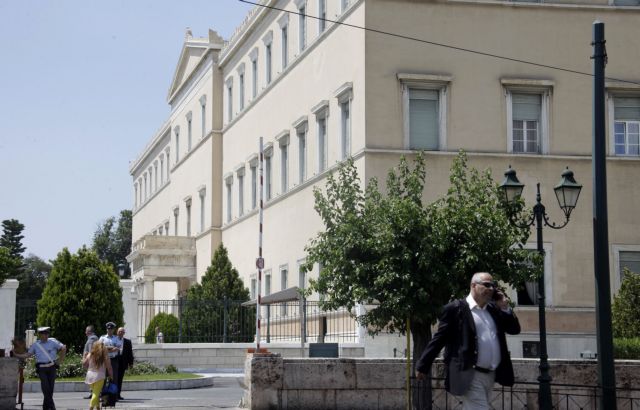 The only change that lends substance to the constitutional revision process that has begun is the abolition of the requirement that a general election must be held if Parliament fails to muster the enhanced majority that is required when it votes to elect the President of the Republic.

The sweeping support (over 200 yeas) for amending that Article means that it can be revised by a one-vote majority in the next parliament, which will be elected in this year’s general election.

That will deprive the main opposition of the option of forcing a general election by rejecting consensus in the presidential election, effectively ruling out opportunistic political blackmail.

The insistence of the ruling majority on a series of demagogic and populist proposed amendments in the name of participatory democracy – such as triggering a referendum through a certain number of signatures on a petition – and its stubborn refusal to promote more substantial and necessary changes downgraded and essentially annulled the constitutional revision.

The prime example is the government’s refusal to amend Article 16 which bans private (even non-profit) universities, a ban that should have been lifted years ago. Instead, ideological fixations and petty partisan motivations won out, ensuring that the current, problematic situation will be perpetuated.

Mr. Tsipras and his ministers constantly pretend to be the protectors and guarantors of institutions. In fact, they only want to exploit these institutions in order to serve what they view as their party’s interests.

They did the same with constitutional reform, essentially undermining the modernisation and adaptation of the country’s basic law to meet the new realities in Greece and internationally.

The truth be told, throughout the years of the great crisis the Constitution functioned effectively overall.
The big problem is not the inadequacy of institutions, but rather how those who are supposed to serve them manage affairs.

We are confronted once again by a major lost opportunity, one of the many that we lost over the last years because the political powers that be proved unable to rise to the occasion.

For the umpteenth time, Mr. Tsipras demonstrated that he is not concerned with the broader national and social good, but rather with his personal interests and those of his party.