The issue arose when Culture Minister Mrysini Zorba asked Varotsos about the prospect of such an exchange and the artist categorically rejected the idea. 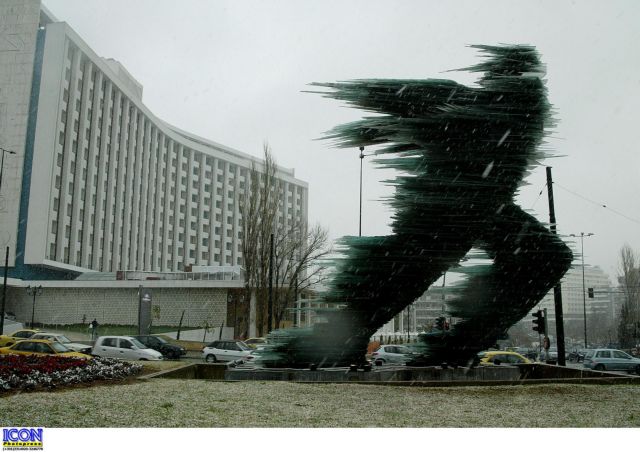 North Macedonia’s MIA state news agency has denied reports in the Greek press that caused an uproar in Greece about a culture ministry plan to exchange the famed Dromeas (runner) sculpture of Kostas Varotsos for an statue of Alexander the Great from North Macedonia.

The statue currently stands near the Hilton hotel in central Athens and is known internationally.

The issue arose when Culture Minister Mrysini Zorba asked Varotsos about the prospect of such an exchange and the artist categorically rejected the idea.

The artist later expressed his outrage when the culture ministry denied that Zorba had ever made the proposal. He stressed that he retains the intellectual rights to the sculpture, which belongs to the City of Athens, and that his approval is needed to move the statue.

“The Prespa Agreement was signed to promote cooperation between the two countries and economic development in the region. We are dedicated to implementing the Prespa Agreement. The agreement provides that all monuments linked to Greek history will be labeled as such.  At the moment, there is no other initiative by the government of North Macedonia,” MIA reported, citing a government source.