The government agreed with creditors on high primary surpluses which it hiked even more so that it could distribute poverty benefits. 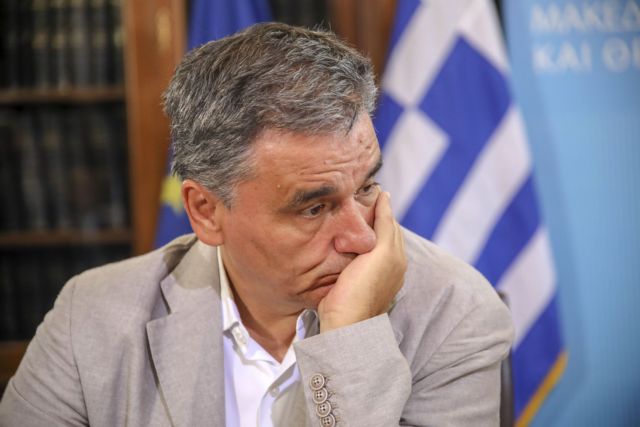 What Finance Minister Euclid Tsakalotos dared to say is the self-evident, at least for democratic countries. He said that in the unlikely and unfortunate event that New Democracy comes to power after the next general election, SYRIZA will support it in efforts to renegotiate the currently very high primary surplus targets agreed to with creditors.

He did not take into account the reaction of the PM’s office, which views as a cardinal sin any reference to a possible New Democracy electoral victory and is even more averse to cooperating with ND on an issue that everyone agrees is of vital importance for the future of the country.

“It has become difficult for one to distinguish between when New Democracy and Mr. Mitsotakis are manufacturing fake news and when they are simply making a fool of themselves because the media that support them adopt ND’s line lock, stock, and barrel,” the PM’s office said in a statement intended to deny what was said and seen on television.

The minister then hastened to essentially retract what he had said by claiming it was fake news disseminated by the opposition-friendly press. In so doing, he forgot half of his answer to the reporter’s question.

The government was unsettled and its eagerness to deny what those who viewed the interview heard revealed both its concerns and the differentiation between the finance minister and the PM’s office.

It may also be an indication of how Mr. Tsipras would operate as main opposition leader.

It has by now become clear that opportunistic, petty partisan objectives are a higher priority than the national interest.

The government agreed with creditors on high primary surpluses which it hiked even more so that it could distribute poverty benefits. It knew very well that this would strangle the real economy and prospective growth but that was of no concern.